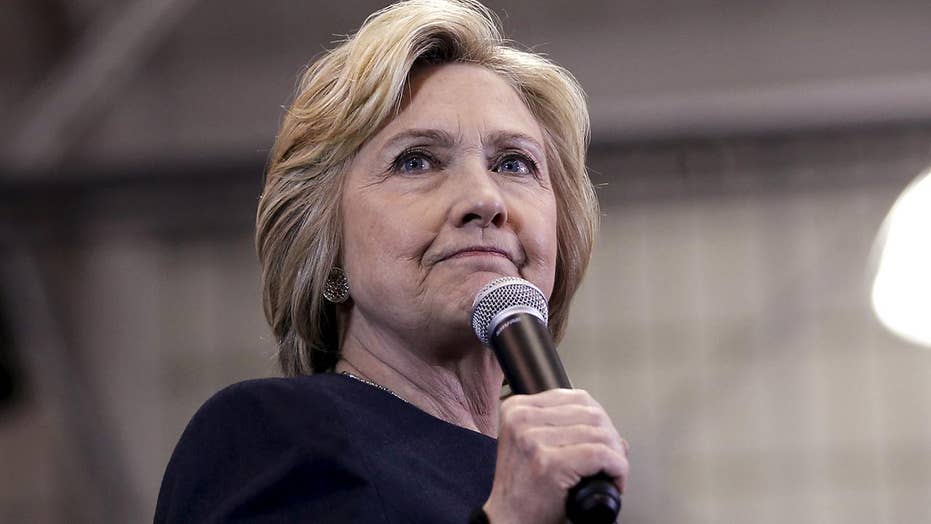 The revelation that Hillary Clinton’s campaign and the Democratic National Committee helped fund a salacious anti-Trump dossier last year is raising new legal questions for the Clinton team — with a watchdog group filing a formal complaint alleging they hid the payments from public view.

The Campaign Legal Center filed the complaint Wednesday with the Federal Election Commission, accusing the DNC and Clinton’s campaign committee of breaking campaign finance law by failing to accurately disclose the money spent on the Trump-Russia dossier.

“Questions about who paid for this dossier are the subject of intense public interest, and this is precisely the information that FEC reports are supposed to provide,” Brendan Fischer of the Campaign Legal Center said in a statement to Fox News.

The Washington Post reported this week — and Fox News confirmed — that the political consulting firm Fusion GPS was retained last year by Marc E. Elias, an attorney representing the DNC and the Clinton campaign. The firm then hired former British intelligence officer Christopher Steele to write the now-infamous dossier.

According to the Post, that money was routed from the Clinton campaign and the DNC through the law firm Perkins Coie and described on FEC reports as legal services. The Clinton campaign reportedly paid the law firm nearly $6 million from June 2015 to December 2016, while the DNC paid $3.6 million, though it’s unclear how much money went to Fusion GPS.

Responding to the revelations, Clinton’s former campaign spokesman Brian Fallon compared the project to the kind of “oppo research” that “happens on every campaign.”

But the Campaign Legal Center described the FEC reporting as “misleading.”

“Payments by a campaign or party committee to an opposition research firm are legal, as long as those payments are accurately disclosed,” Fischer said. “But describing payments for opposition research as ‘legal services’ is entirely misleading and subverts the reporting requirements.”

The controversial dossier contained unverified and lurid allegations about dirt the Russians had on Trump and his campaign’s possible connections to Moscow.

Critics argued the latest revelation makes it harder for Democrats to accuse the Trump campaign of collusion.

“Kremlin gave info to Christopher Steele,” tweeted Ari Fleischer, the former press secretary to President George W. Bush. “His oppo-research was paid for by the Clinton campaign. If that’s not collusion, what is?”

“Given Democrats’ argument that Russia’s interference on Trump’s behalf was beyond the pale, the Clinton camp and the DNC paying a Brit for information would seem somewhat problematic,” wrote Aaron Blake of the Washington Post.

Responding to the controversy, a DNC official stressed that current Chairman “Tom Perez and the new leadership of the DNC were not involved in any decision-making regarding Fusion GPS, nor were they aware that Perkins Coie was working with the organization.”

A spokesman for Rep. Debbie Wasserman Schultz, D-Fla., who led the DNC at the time, told Fox News on Wednesday that, “She did not have any knowledge of this arrangement.”

It’s unclear what Hillary Clinton may have known about the research, though Fallon said he didn’t know at the time.

“I personally wasn’t aware of this during the campaign,” Fallon said in a statement, adding: “The first I learned of Christopher Steele or saw any dossier was after the election. But if I had gotten handed it last fall, I would have had no problem passing it along and urging reporters to look into it.”

RNC Chairwoman Ronna McDaniel on Wednesday slammed Democrats for not being more concerned about Russia’s role in the dossier.