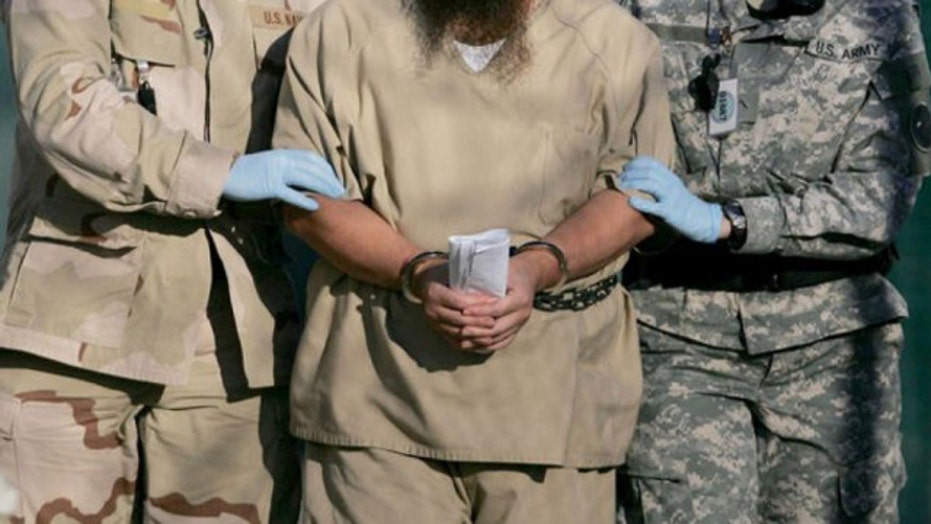 More Americans than not think the U.S. government gives better health care to militants captured in the war on terrorism than to U.S. troops who may have fought them on the battlefield.

A Fox News poll released Wednesday finds that by a 50-31 percent margin, voters think enemy combatants held at Guantanamo Bay get better health care than veterans. Nearly one in five is unsure (18 percent).

Majorities of Republicans (57 percent) and independents (58 percent) think the health care for prisoners is better.

Democrats split: 38 percent think detainees have it better, while 36 percent say veterans do. Another one in four Democrats is unable to say (24 percent).

The poll was conducted in the wake of a Department of Veterans Affairs scandal that found records were falsified to cover up delays in veterans receiving medical attention and several veterans died while waiting for care.

Eric Shinseki, the head of the VA and a decorated Army general who was wounded in combat, resigned Friday.

By a wide 59-29 percent margin, voters disapprove of how the Obama administration is dealing with the problems at the VA.

Views among Democrats are split: 44 percent approve, while 43 percent disapprove.

The issue is clear cut for Republicans: 77 percent disapprove of how Obama is handling the VA.

Overall, seven voters in 10 rates the care veterans receive negatively: 30 percent say “only fair” and 39 percent rate it as “poor.” Only four percent say the care is “excellent” and 19 percent call it “good.”

The scandal may be reinforcing doubts some voters have about the quality of care Americans will receive under Obamacare: 55 percent don’t think the government will do better with the new health care system than it has with the veterans’ health-care system. Less than a third thinks Obamacare will be run better (31 percent).

Among the array of Washington scandals in the news, the VA scandal (33 percent) is the most troubling to voters, followed by the NSA spying scandal (27 percent), the White House handling of Benghazi (15 percent) and the IRS targeting of conservative groups (13 percent).