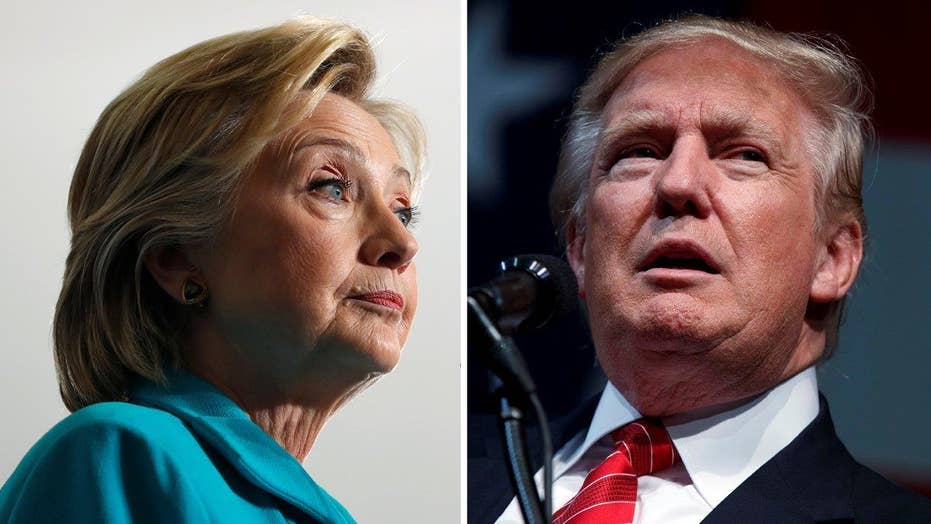 A record-high 54 percent of American voters feel the U.S. is less safe today than it was before 9/11, according to the latest Fox News national poll.

- A major terrorist attack is likely in the near future.

- The $400 million the U.S. paid Iran after American prisoners were released was ransom.

- Terrorism is one of the most important issues facing the country.

- Hillary Clinton can do a better job handling the issue of terrorism than Donald Trump.

Here are the details behind those findings:

Most voters, 80 percent, think it’s at least somewhat likely a major attack “causing large numbers of American lives to be lost” will happen in the near future.

Moreover, 37 percent feel it’s “very likely” an attack will happen soon.  While that’s down from the high of 43 percent in 2007, it’s up from 24 percent who felt that way in 2011 (the last time this question was asked on a Fox News Poll).

Some 54 percent think the United States is less safe now than before the September 11 attacks.  Thirty-nine percent say the country is safer.  Last year, it was 53-38 percent (March 2015).  This is a fairly recent shift.  Prior to September 2014, more voters than not said the country was safer.

Almost all Republicans (91 percent) and most independents (84 percent) think a major attack is likely soon.  Fewer Democrats, although still a majority, agree (67 percent).  Similarly, 52 percent of Democrats think the country is safer today, while 55 percent of independents and 70 percent of Republicans feel the opposite.

By a 49-46 percent margin, voters trust Clinton over Trump to do a better job handling the issue of terrorism.  Earlier this month the candidates were tied on the issue, while voters trusted Trump over Clinton by 12 points in May (52-40 percent).

“You might think that since people increasingly feel less safe than before 9/11 that this would be reflected in job ratings for President Obama and, as a result, Clinton, as his preferred successor. But that isn’t the case,” says Democratic pollster Chris Anderson who conducts the Fox News Poll along with Republican pollster Daron Shaw.  “Obama’s approval rating is at a high point for his second term -- and voters see Clinton as the best candidate to handle terrorism.  That should really concern Trump.”

Since May, trust in Clinton to handle terrorism is up 13 points among both Democrats and independents, and up 3 points among Republicans.

The issue of terrorism is second only to the economy when voters prioritize problems facing the country.  Thirty percent say the economy is the top issue, while 18 percent cite terrorism, and 10 percent say education.  Here’s the rest of the list:  health care (8 percent), the federal deficit and race relations (6 percent each), foreign policy, climate change, and immigration (4 percent each), and drug addiction (2 percent).

Earlier this month, the economy and terrorism were tied (22 percent each).  Current ratings are more in line with those from April, when 32 percent put the economy on top and 15 percent said terrorism.

Meanwhile, 54 percent of voters think last year’s nuclear deal with Iran has made the U.S. less safe.  Republicans (76 percent) are much more likely than independents (59 percent) and Democrats (30 percent) to feel that way.  The U.S. agreement with Iran lifts sanctions for 10 years in exchange for Iran curtailing its pursuit of a nuclear program over that time period. One in three voters (31 percent) thinks the deal has made the U.S. safer -- a slight improvement over 26 percent a year ago (September 2015).

The poll also asks about the White House’s position that the $400 million dollars the U.S. recently paid Iran was not a ransom payment for the release of American prisoners.  Voters disagree: by a 53-38 percent margin, they say it was ransom.

President Obama has had a net positive job rating for most of 2016, and that trend continues:  54 percent of voters approve of the job he’s doing, while 43 percent disapprove.

The Fox News poll is based on landline and cellphone interviews with 1,011 randomly chosen registered voters nationwide and was conducted under the joint direction of Anderson Robbins Research (D) and Shaw & Company Research (R) from August 28-30, 2016.  The poll has a margin of sampling error of plus or minus three percentage points for all registered voters.