In an exclusive interview with Fox News, Attorney General William Barr explained that he is trying to get to the bottom of whether or not “government officials abused their power and put their thumb on the scale” during the early stages of the Russia probe.

"I’ve been trying to get answers to the questions and I've found that a lot of the answers have been inadequate and some of the explanations I've gotten don't hang together, in a sense I have more questions today than when I first started," Barr told Fox News' Bill Hemmer in an interview set to air Friday on "America's Newsroom."

"What doesn't hang together?" Hemmer asked.

"Some of the explanations of what occurred," Barr said.

"Why does that matter?" asked Hemmer.

"People have to find out what the government was doing during that period. If we're worried about foreign influence, for the very same reason we should be worried about whether government officials abuse their power and put their thumb on the scale," Barr responded.

Barr added, "I'm not saying that happened but it's something we have to look at."

Hemmer conducted the interview with Barr in El Salvador, where he will address the crisis on the U.S.-Mexico border, MS-13, drug trafficking and human trafficking with officials. 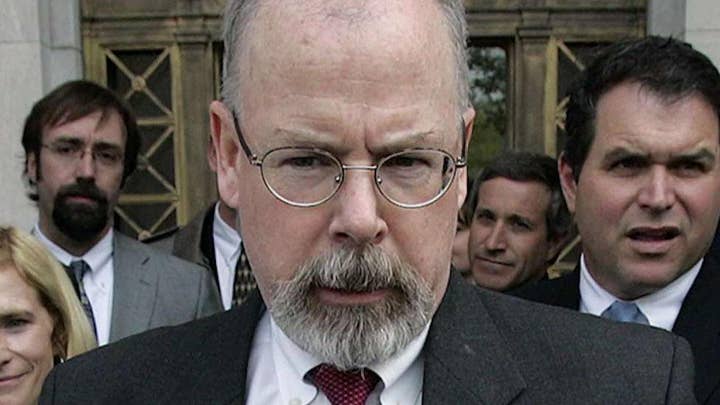 On Monday, multiple outlets reported that Barr had appointed U.S. Attorney John Durham to examine the origins of the Russia investigation

A person familiar with the process told Fox News Tuesday that Durham has been working on his review “for weeks,” to probe "all intelligence collection activities" related to the Trump campaign during the 2016 presidential election.

The Russia investigation and Special Counsel Robert Mueller's report continue to be debated by Republicans and Democrats since its release last month.

Democrats have accused Barr of acting as the president's "personal attorney" while Republicans accuse Democrats of vilifying the attorney general in order to harm President Trump.