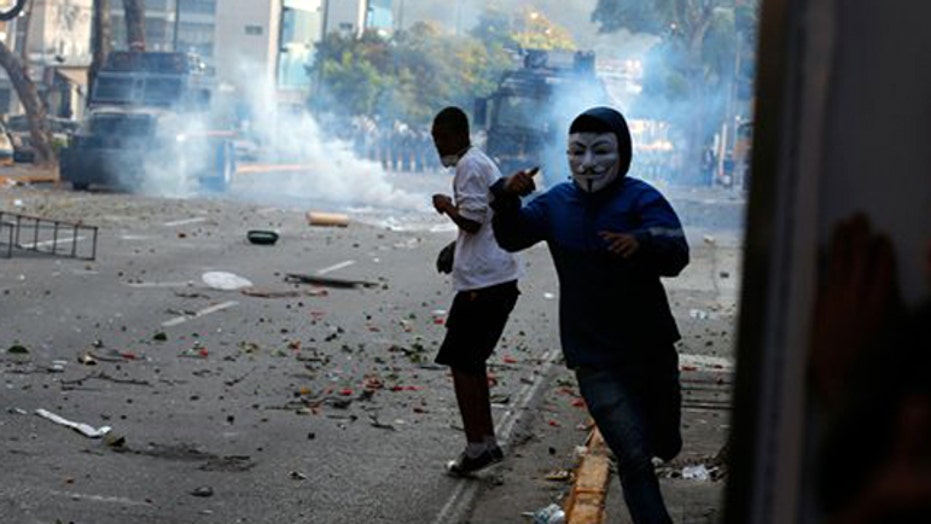 Is Venezuela on the brink of regime change?

Former ambassador to the United Nations John Bolton told Fox News’ Megyn Kelly Monday he believes the expulsion of American diplomats from Venezuela is a way for President Nicolas Maduro to shift some of the blame for anti-government protests rocking the country.

Bolton spoke on “The Kelly File” after Maduro gave three U.S. Embassy officials 48 hours to leave the country, charging that the Obama administration is siding with opposition protesters. Bolton said Maduro, the successor to Hugo Chavez, is looking for a way to focus the attention on somebody else.

“(Maduro) wants now an excuse to turn this into an argument about U.S. interference in Venezuela, as opposed to his own poor performance,” Bolton said.

Bolton said the demonstrations are a manifestation of how divided Venezuela is, and even the opposition is not united in its beliefs.

“The opposition itself is very divided,” Bolton said. “They’ve failed to win elections, probably because they were stolen in part but also because of their own lack of organization.”

Rising tensions in the country could spill over into violence Tuesday when pro- and anti-government activists hold dueling demonstrations in the capital.