Wendy Sherman, who led the U.S. negotiating team for the 2015 Iran nuclear deal, is his pick for deputy secretary of state. Biden has promised to re-enter the deal, reversing President Trump's 2018 withdrawal.

Sherman tweeted that she is "so honored to be nominated to join this extraordinary team."

Nuland and Sherman are the two highest-profile former Obama officials among the five officials announced Saturday. They will serve under the incoming secretary of state, Antony Blinken, who served as deputy secretary of state and principal deputy national security adviser in the Obama administration.

"This diverse and accomplished team, led by Secretary of State-designate Blinken, embodies my core belief that America is strongest when it works with our allies," Biden said in a statement.

"Collectively, they have secured some of the most defining national security and diplomatic achievements in recent memory -- and I am confident that they will use their diplomatic experience and skill to restore America’s global and moral leadership. America is back," he said. 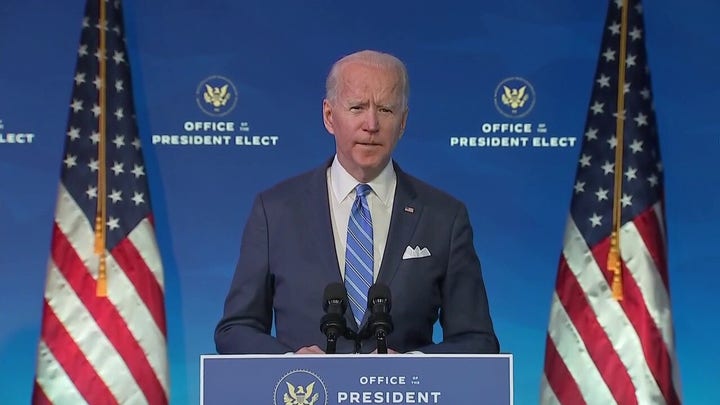 Biden also announced that his longtime Senate aide Brian McKeon will be deputy secretary of state for management.

The picks all require Senate confirmation.

While Biden has emphasized the experience of all his nominees, the number of former Obama officials on his State Department team underscores his intent to return to a multilateralist approach, rejecting the "America First" mandate espoused by President Trump.

The announcements come a day after it was announced that former Obama White House communications director Anita Dunn will serve as a senior adviser to Biden.

Fox News’ Patrick Ward and The Associated Press contributed to this report.