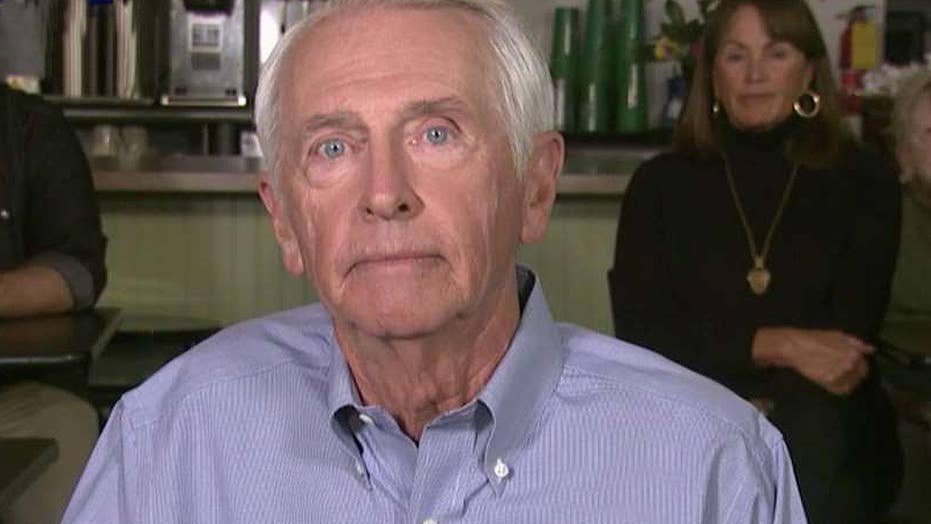 Hoping to mount a renewed defense of ObamaCare in the wake of Donald Trump’s amped-up vows to repeal and replace it, former Kentucky Gov. Steve Beshear touted the health care law’s success in his home state during the Democratic response to the president’s address on Tuesday night.

“Even more troubling is that you and your Republican allies in Congress seem determined to rip affordable health insurance away from millions of Americans who most need it,” former Kentucky Gov. Steve Beshear said from a darkened diner in Lexington.

“So far, every Republican idea to ‘replace’ the Affordable Care Act would reduce the number of Americans covered, despite promises to the contrary,” Beshear said.

The former governor is best known for a successful strategy on implementing the Affordable Care Act – or ObamaCare - in Kentucky.

Under Beshear and ObamaCare, Kentucky’s uninsured rate fell to 7.5 percent from 20 percent and gave health care access to a half million Kentuckians.

During his rebuttal, Beshear also took aim at the costs associated with overhauling the health care plan.

“They would charge families more for fewer benefits and put insurance companies back in control,” he claimed.  “Behind these ideas is the belief that folks at the lower end of the economic ladder just don’t deserve health care –that it’s somehow their fault that their employer doesn’t offer insurance or that they can’t afford to buy expensive health plans.”

Democratic lawmakers have found themselves in the middle of a major push by Republicans to repeal the health care law. Democrats have urged constituents to attend Republican town halls, hold rallies and highlight ObamaCare success stories.

During his primetime speech to a joint session of Congress, Trump doubled down on plans to scrap former President Barack Obama’s landmark legislation. Trump gave a basic blueprint on what he intended to do, which includes making sure people with pre-existing conditions have access to coverage, allowing people to buy insurance across state lines and offering tax credits.

Earlier Tuesday, the current governor of Kentucky – a Republican – slammed Beshear’s rebuttal before it was even given.

Bevin criticized the high costs of ObamaCare and has been focused on dismantling the state version of it.

“ObamaCare has pushed Kentucky’s insurance market to the brink of collapse, and now Democrats want to throw a victory party,” McConnell said. “I’m not sure how else to interpret their choice to respond to the president’s address tonight. The former governor of Kentucky is the poster child for ObamaCare.”

Beshear and McConnell – both from Kentucky – have been at odds over ObamaCare for years. McConnell has pushed Beshear to admit the health care law has failed while Beshear maintains his state is “better off today” with ObamaCare than without it.

Beshear’s rebuttal was one of two delivered by the Democratic Party. The second was given by Astrid Silva, a community activist from Las Vegas. Silva, 28, came to the United States with her parents when she was 4 years old and has lived in Nevada ever since.

She is protected by the Deferred Action for Childhood Arrivals – or DACA –which allows certain undocumented immigrants who entered the country illegally as minors a path to remain in the country. Silva, who gave her speech in Spanish, also spoke about women’s rights, climate change and the LGBTQ community.