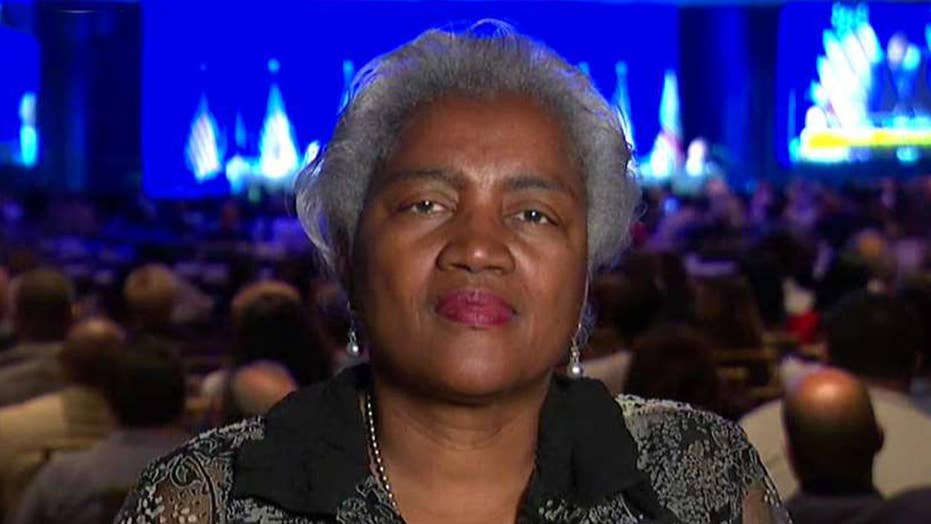 Appearing on “America’s Newsroom,” Brazile told anchor Sandra Smith that complaints from candidates who were not among the ten frontrunners were unfounded.

“I’m sorry that some of them will not make the debate stage,” Brazile said. “A few of them I like personally; I know them. But, the truth is that once you make the rules, you shouldn’t try to break them in the middle of the game.”

The criteria for entrance to the third debate in September includes contributions from 130,000 individual donors and reaching at least two percent in four qualifying polls. The deadline is Wednesday.

Colorado Senator Michael Bennet lamented that the DNC’s process “is stifling debate at a time when we need it most.”

Steve Bullock, the governor of Montana said, “These DNC debate rules have turned this primary into the ‘The Hunger Games’ — each step of this seems to be all about getting donors.”

Billionaire and environmental and progressive activist Tom Steyer is but one poll short of making the stage.On Friday, his campaign called on the DNC "to expand their polling criteria to include more qualifying polling, including at least one poll in Nevada before the deadline next week. As a party, we want to ensure the will of the voters is respected.”

Representative Tulsi Gabbard of Hawaii is only two polls shy of qualifying. “Rep. Gabbard has exceeded 2 percent support in 26 national and early-state polls, but only two of them are on the DNC’s ‘certified list,’” her campaign said in a statement.

According to the DNC, polling windows – which range from two to six months – are longer than in past cycles and the approved list of polls is longer than in any previous cycle.

Brazile pushed back at these pleas: “A lot of us got in trouble for trying to change the rules in the middle of the game by opening up to more debates and more forums and trying to get people to commit.”

“Truth is, they know the rules. They know that this is the bar that they had to meet. And, if they failed to meet it, it’s not the DNC’s fault,” she told Smith.