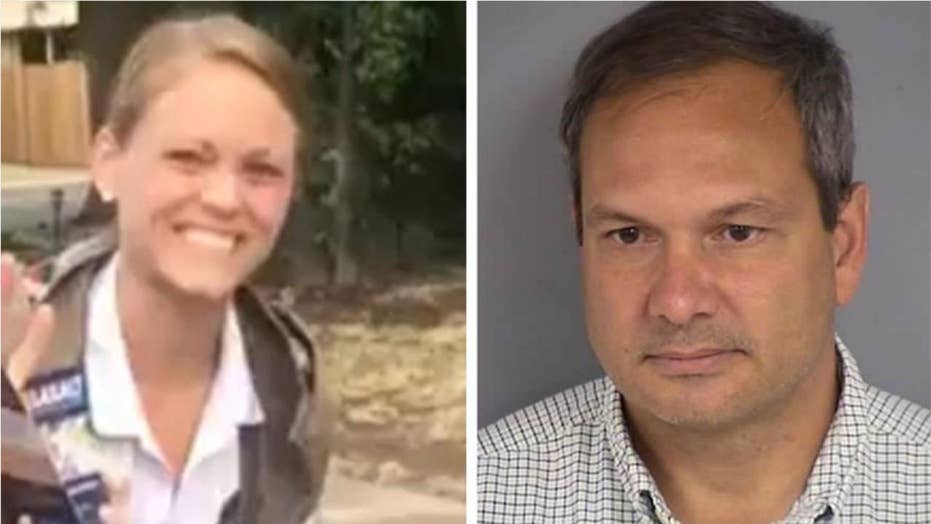 Mike Stark, a former Democrat operative for American Bridge 21st Century who was arrested earlier this week and accused of “battery” against the female campaign manager for Nevada GOP gubernatorial candidate Adam Laxalt,  vehemently denied the allegations against him on Friday and insisted that he has a video that proves him innocent.

Stark released a series of statements on Twitter so he could “address” the accusations, which he starts by saying that “Ms. Kristin Davison’s account of events is mistaken.”

“I do not know if she is lying, because I think it is possible she believes I’m responsible for her bruising and arm-twisting,” the tweet said.

Responding to Stark's denial, Davison told Fox News, "I know what happened as do the other eyewitnesses that were present."

Davison accused Stark of grabbing and yanking her arm and refusing to let go after a campaign event in East Las Vegas Tuesday evening. Davison told Fox News on Wednesday that a man “burst into the room where Adam [Laxalt] and I were talking with a camera.” She claimed that he got “very physical” and was yelling and “pushing” her and other staff members.

“This man was physically, almost body-checking me,” she said, adding they “left and went into an open room.” She, Laxalt and two other male staffers later went into a private room and closed the door, only for it to “burst open” moments later. 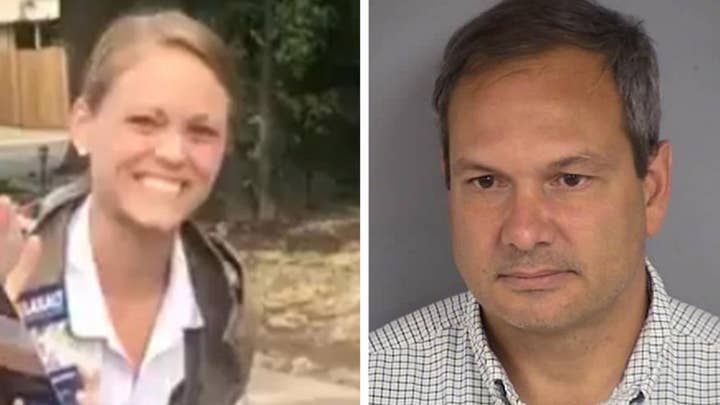 “Two male staffers were trying to hold him back. He was so aggressive, he looked like he was going to towards the candidate to physically harm him,” Davison said, adding that she was standing in the doorway,” she said. “He grabbed my right arm, my leg was lodged between the door and the wall. He twisted my arm, and contorted it behind my back.”

“I was scared. Every time I tried pulling away, he would grab tighter, and pull me closer into him,” she added. Davison said Stark pulled her head into his chest, bruising her neck, and held her there for several minutes.

Stark tweeted Friday that he had a video which seemed to show that “Davison’s arm was grabbed and twisted.” But he claimed that in the video “you can see my hands at all times, and they were never on Ms. Davison.”

“The reason I'm unwilling to accuse Ms. Davison of lying is that the video clearly shows she could not see who was hurting her. And I think it would only be natural for her to think her political opponent was the person responsible,” Start tweeted. “On the other hand, in Ms. Davison's public statements since this, she's embellished, exaggerated and generally made this as bad as it could be for me, my reputation (and for my family). For ex., on Fox she stated as fact that I pushed another woman to the ground.”

He went on to reference a separate incident earlier this year with Heather Swift, Interior Secretary Ryan Zinke’s press secretary, during which he reportedly “used his full body to push” her.

Stark continued his denial, saying “that the narrative set by GOP operatives is false and (not coincidently… Very self-serving).”

“My hands were never on Ms. Davison in any meaningful way. Video will make that clear,” he tweeted.

The video that Stark claims to have of the incident “is not flattering” for him, he said, adding that even though he feels that it shows his innocence, he’s concerned that “it will be used for political purposes.” He said he plans to provide the video to law enforcement “at the right time.”

In closing, he offered another clear-cut denial of the allegations.

“I do not assault or batter women. Or anyone else. Period. And if necessary, I will prove that in court once again,” he tweeted.

In a statement to Fox News, Stark said that after seeing video, he feels strongly that his actions did not break the law. He added that he sought out Davison to make amends.

"After reviewing video of the Las Vegas incident, I feel confident that I did nothing unlawful. Specifically, I never intentionally touched Ms. Davison in any meaningful way, and I absolutely did not grab her, twist her arm, or do any of the things she has described in the press," Stark said. "That said, what the video shows happened to Ms. Davison is horrible and I wouldn't wish it on anyone. I've apologized to Ms. Davison for what happened to her and I told her that if I knew beforehand what would happen, I never would have tried to ask a question because no question would be worth what happened to her."

And regarding his former employer, American Bridge, who severed ties with him earlier this week, Stark said was honored to work for them.

"As far as American Bridge is concerned, I'm proud to have been employed by them, feel badly about distracting from the incredible work of my former colleagues, and will miss working with them terribly," Stark said.