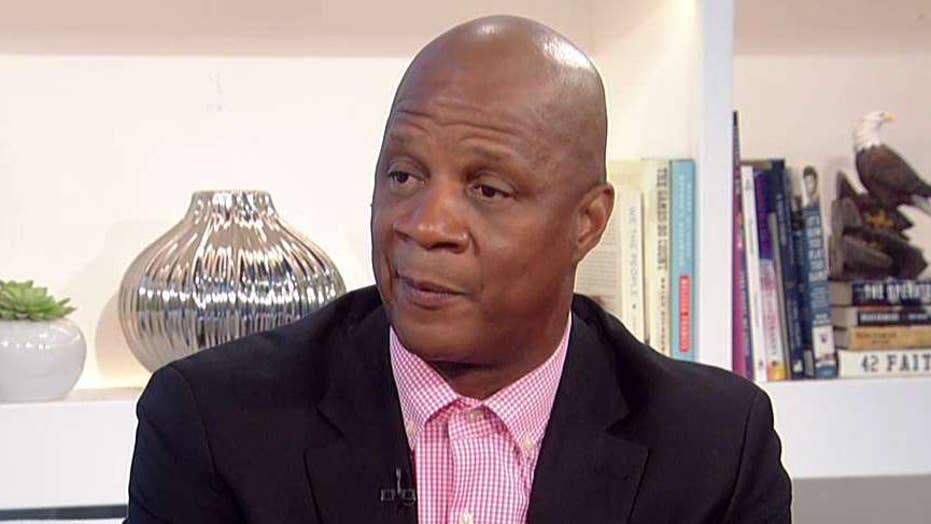 Darryl Strawberry opens up about the opioid crisis

Strawberry – who gained fame in the 1980s as the slugger who helped the New York Mets win a World Series – is one of the three guests taking part Thursday night in a Trump campaign live webcast titled "Faith in America: Black Voices for Trump" that’s being hosted by senior adviser Katrina Pierson.

The baseball legend – who later in his career played for the crosstown rival New York Yankees as they won three championships in the mid to late 1990s – has long been a Trump fan and a friend.

“President Trump, he's a great man to me. He was always gracious to me. I really love him, his family. I was on his show. He's always been kind to me," Strawberry said in a September 2017 interview on Fox Business.

"I've known him quite well and every time I've seen him and been around him he's always been so gracious with me and I'm always grateful for that," he told host Stuart Varney.

The next year, the president enlisted Strawberry in the administration's efforts to battle the opioid crisis.

And last year -- a day after the president was impeached by the House of Representatives -- Strawberry posted support for him in a lengthy Instagram post that praised Trump.

The baseball star, who was suspended three times during his baseball career for substance abuse, spotlighted how his Christian values helped him struggle with his drug and alcohol addictions and how he had just prayed for the president at a White House prayer vigil.

“Please keep our President @realdonaldtrump in prayer,” he wrote.

The Trump campiagn told Fox News that Strawberry serves on the Evangelical for Trump advisory board and that Thursday's event is his first public appearance with the re-election team.