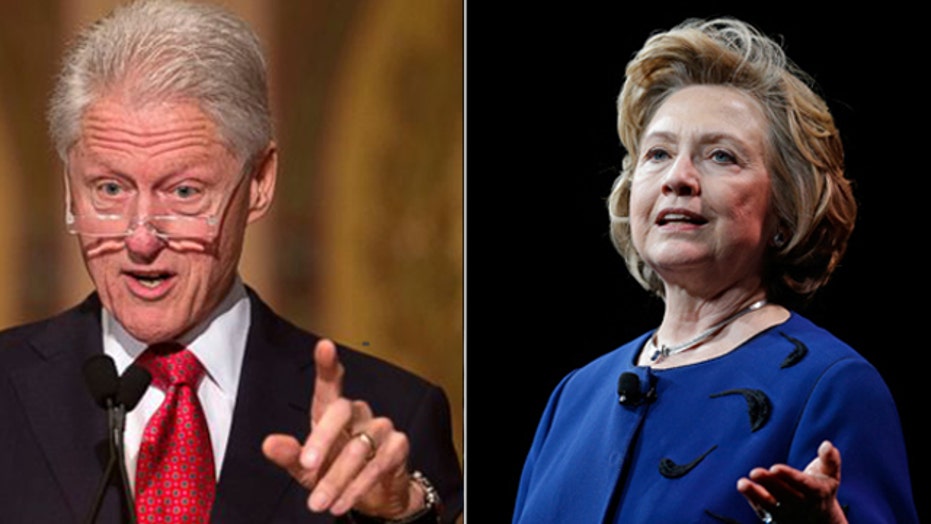 But it is complicating life for the woman who made that remark about the last time she left the White House.

Has there ever been a situation where a presidential candidate is part of a global organization that is taking in so much money — including big bucks from interests that want to influence the next president?

First the Wall Street Journal reported that the Bill, Hillary and Chelsea group has lifted its ban on donations by foreign governments, now that HRC is out of the State Department. Never mind that she’s trying to move back into 1600 Pennsylvania.

Now the Washington Post says the foundation has raised nearly $2 billion since 2001:

“Foreign donors and countries that are likely to have interests before a potential Clinton administration — and yet are ineligible to give to U.S. political campaigns — have affirmed their support for the family’s work through the charitable giving…

“Nearly half of the major donors who are backing Ready for Hillary, a group promoting her 2016 presidential bid, as well as nearly half of the bundlers from her 2008 campaign, have given at least $10,000 to the foundation, either on their own or through foundations or companies they run.”

And that’s the nub of the problem. The overlap makes clear that giving to the foundation is a backdoor way of cozying up to the Clintons. It’s one thing for that to happen when the outfit is run by a former president who will never again hold office. It’s another when it was expanded to include his wife, who is the overwhelming favorite to be the Democrats’ 2016 nominee.

And then there’s this:

“The role of interests located in countries such as Saudi Arabia, Qatar and Argentina may spur questions about the independence of a potential commander in chief who has solicited money from foreign donors with a stake in the actions of the U.S. government.”

The use of “may spur questions” is a journalistic dodge; it’s the Post that is raising questions. But they’re important questions. The idea that the Saudis can give petrodollars to the foundation, while legally barred from giving to any Hillary committee, makes me uncomfortable.

“Even if you give her the benefit of the doubt (having covered the Clinton since the 1980s, I'm still willing to do that), you can't deny that this flip-flop creates a perception of foreign favoritism in a political system that most Americans already think is corrupted by money.”

The foundation said in a statement Thursday: "The Clinton Foundation has a record of transparency that goes above what is required of U.S. charities. This includes the voluntary disclosure of contributions on the Foundation's website. Should Secretary Clinton decide to run for office, we will continue to ensure the Foundation's policies and practices regarding support from international partners are appropriate, just as we did when she served as Secretary of State."

I don’t deny that the Clinton Foundation does good work around the globe. It’s not like the money is going into anyone’s pocket (other than staff salaries, of course). The criticism of Hillary for giving top-dollar corporate speeches as she gears up for her campaign doesn’t apply here. But the gobs of foundation raises questions that are not easily waved away.

Once Hillary Clinton officially becomes a candidate, does she need to sever her ties with the family business?

Footnote: News Corp., the former owner of Fox News, has contributed to the foundation.