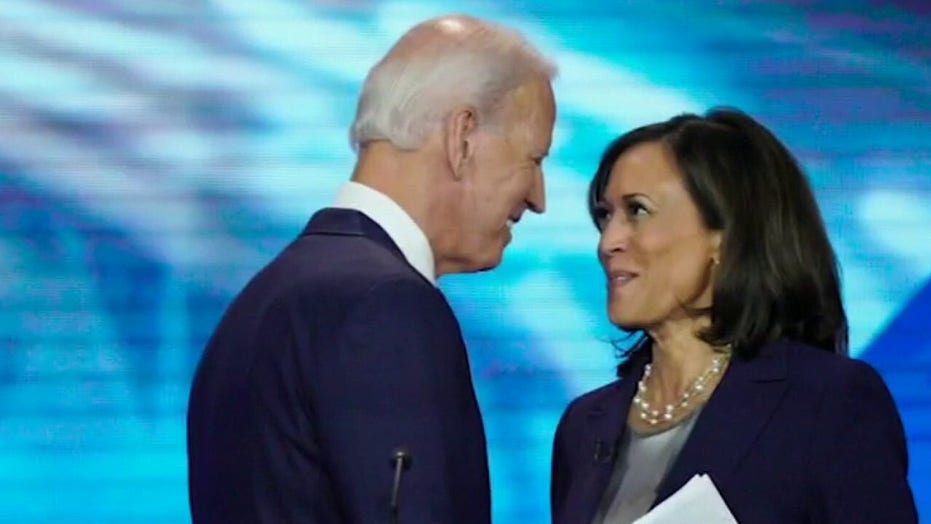 Sen. Kamala Harris, who was announced as presumptive Democratic nominee Joe Biden’s running mate on Tuesday, once said that she believed women who accused Biden of inappropriate touching.

“I believe them, and I respect them being able to tell their story and having the courage to do it,” the California senator told reporters in April 2019.

Biden had been accused by a number of women of inappropriate touching and kissing, including by a Nevada politician who said he came up behind her at a 2014 campaign stop and kissed her on the back of her head.

“He’s going to have to make that decision for himself,” Harris said when asked if Biden, who hadn’t announced a presidential bid at the point, should still run. “I wouldn’t tell him what to do.”

Biden released a video addressing the allegations at the time, in which he said, “Social norms are changing. I understand that, and I’ve heard what these women are saying. Politics to me has always been about making connections, but I will be more mindful about respecting personal space in the future. That’s my responsibility and I will meet it.”

Nearly a year later, Biden would be accused of sexual assault by former aide Tara Reade, which is the most serious allegations he had faced and one he vehemently denied. Harris, who had by that point dropped out of the presidential race, said that Reade “has a right to tell her story.”

“And I believe that and I believe Joe Biden believes that, too,” she said on a San Francisco Chronicle podcast, before saying that “women must be able to speak without fear of retaliation.”

However, she also said that she could “only speak to the Joe Biden I know. He’s been a lifelong fighter, in terms of stopping violence against women.”

“The Joe Biden I know is somebody who really has fought for women and empowerment of women and for women’s equality and rights,” Harris said.

On that same podcast she said about her status in the veepstakes that she would be “honored to serve with Joe.”