Bobulinski, in an Oct. 27 interview with Fox News' "Tucker Carlson Tonight," said he raised concerns in 2017 about the former vice president's alleged ties to a possible joint venture with Chinese energy firm CEFE to his brother Jim Biden.

He recalled a conversation with Jim Biden about the family's ties to CEFE, when he asked, "'How are you guys getting away with this? Aren't you concerned?'" to which Bobulinski claimed Jim Biden laughed.

"Plausible deniability," Bobulinski said he remembered Jim Biden responding. "He said it directly to me in a cabana at the Peninsula Hotel."

The retired U.S. Navy lieutenant was the former CEO of SinoHawk Holdings, which he said was the partnership between Ye Jianming, the chairman of Chinese energy company CEFE, and Hunter Biden.

The New York Post initially published emails in October, which were later obtained by Fox News, related to Hunter Biden's business dealings with CEFE and a Ukrainian energy firm that were purportedly discovered on a laptop belonging to Hunter Biden.

Bobulinski also claimed during the interview that Biden's denial of knowing about his son's business affairs with the Chinese energy firm was a "blatant lie." 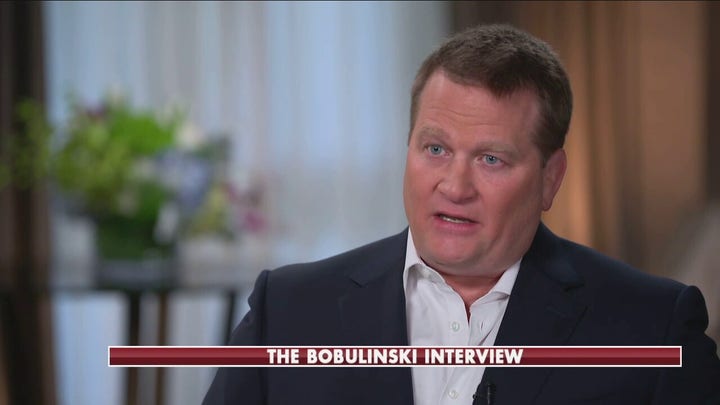 Bobulinski described a scene during the interview in which Joe Biden arrived for a conference held partially at the Beverly Hilton Hotel and how Jim Biden and Hunter Biden introduced him to the former vice president.

In 2019, the former vice president told reporters: "I have never discussed with my son or my brother or anyone else anything having to do with their businesses. Period."

Bobulinski said he wouldn't have gone public with his story had House Intelligence Committee Chairman Adam Schiff's comments saying his claims were part of a “Russian disinformation” campaign been retracted.

Separately, Hunter Biden confirmed in a Wednesday statement that the U.S. Attorney’s Office in Delaware is currently investigating his "tax affairs," saying he is taking the matter "very seriously" and is "confident" he handled his affairs "legally and appropriately."

It is unclear whether an investigation into Hunter Biden's alleged laptop or the emails currently exists.