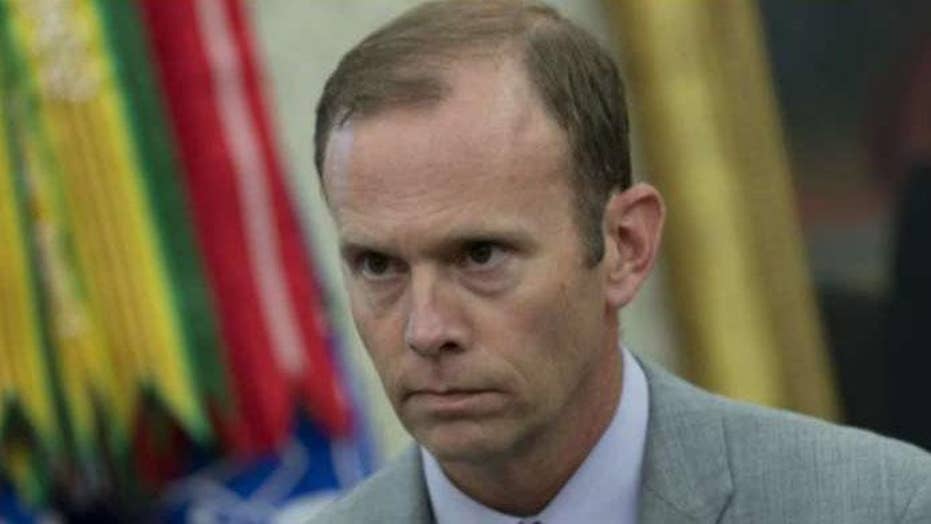 Brock Long, the administrator of the Federal Emergency Management Administration (FEMA), announced Thursday that he was resigning from his position, saying "it is time for me to go home to my family."

In a statement, Long said FEMA had provided assistance on "more than 200 declared disasters" and thanked President Donald Trump, Vice President Mike Pence and Homeland Security Secretary Kirstjen Nielsen, whom he said "have been extremely supportive of me, the FEMA workforce and our mission."

"As a career emergency management professional, I could not be prouder to have worked alongside the devoted, hardworking men and women of FEMA for the past two years," Long added. " ... I leave knowing the Agency is in good hands."

Long had been investigated by the Department of Homeland Security's internal watchdog last year over allegations that he inappropriately used government vehicles to travel to his home in North Carolina. Officials found he had misused vehicles, but Long was not asked to resign, and he agreed to reimburse the government. Homeland Security sources told Fox News that they did not know whether the controversy had anything to do with Long's decision to step down, but added that no one at DHS had asked the administrator to resign.

FEMA Deputy Administrator Peter Gaynor will become acting administrator upon Long's departure. Trump must nominate a permanent replacement for Long and that person must be confirmed by the Senate. Sources told Fox News that Long submitted his resignation when he did so the White House could identify, nominate and have a successor confirmed in time for the forthcoming hurricane season.

"Over the last two years, Administrator Long has admirably led the men and women of FEMA during very difficult, historic and complex times," Nielsen said in a statement. "Under Brock’s leadership, FEMA has successfully supported State and Territory-led efforts to respond and recover from 6 major hurricanes, 5 historic wildfires and dozens of other serious emergencies.  I appreciate his tireless dedication to FEMA and his commitment to fostering a culture of preparedness across the nation."

Sources told Fox News the tempo of the job may have played a role in Long's resignation, noting that FEMA had more disasters and emergencies to deal with in the past 15 months than it had in the previous 10 years.