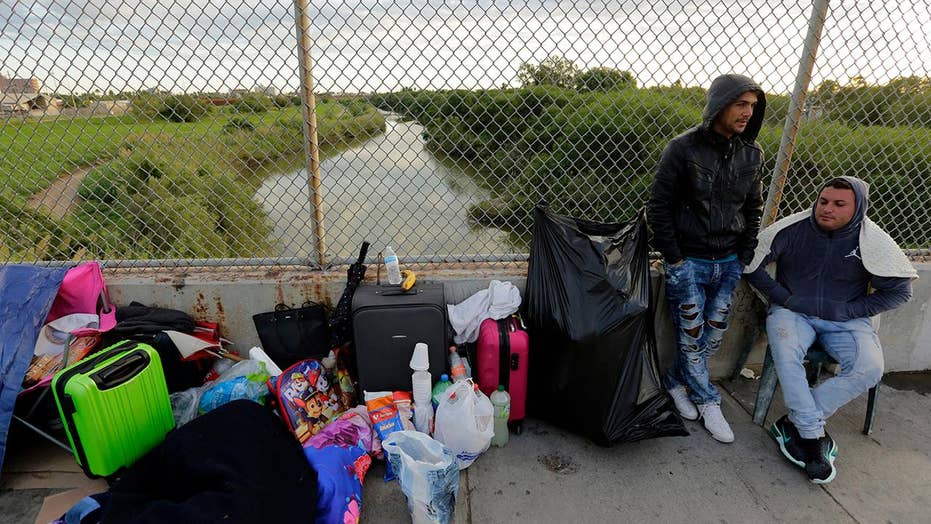 The Trump administration was dealt a blow late Friday by a federal judge after she ruled to block its move that would allow immigration officers to deport people who entered the U.S. illegally before they appear before judges.

The policy, which was announced in July but hasn't yet been enforced, would allow fast-track deportations to apply to anyone in the country illegally for less than two years. Now, they are largely limited to people arrested almost immediately after crossing the Mexican border.

U.S. District Judge Ketanji Brown Jackson, an appointee of President Barack Obama, said the administration's expansion of "expedited removal" authority violated procedural requirements to first seek public comment and ignored flaws in how it has been used on a smaller scale at the border.

The shortcomings, which were not challenged by government lawyers, include allegations that some people entitled to be in the country were targeted for deportation, translators weren't provided, and authorities made "egregious errors" recording statements of migrants who said they feared persecution or torture if sent back to their homelands.

A spokesman from the Justice Department told the Washington Post that “Congress expressly authorized the Secretary of Homeland Security to act with dispatch to remove from the country aliens who have no right to be here. The district court’s decision squarely conflicts with that express grant of authority and vastly exceeds the district court’s own authority.”

Jackson did not rule on the merits of the case, but the ruling prevents the administration from expanding fast-track authority nationwide while the lawsuit proceeds.

The fast-track deportation powers were created under a 1996 law but didn't become a major piece of border enforcement until 2004, when Homeland Security said it would be enforced for people who are arrested within two weeks of entering the U.S. by land and caught within 100 miles of the border. Defenders say it relieves burdens on immigration judges — their backlog of cases recently topped 1 million — while critics say it grants too much power to Border Patrol agents and other immigration enforcement officials and jeopardizes rights to fair treatment.