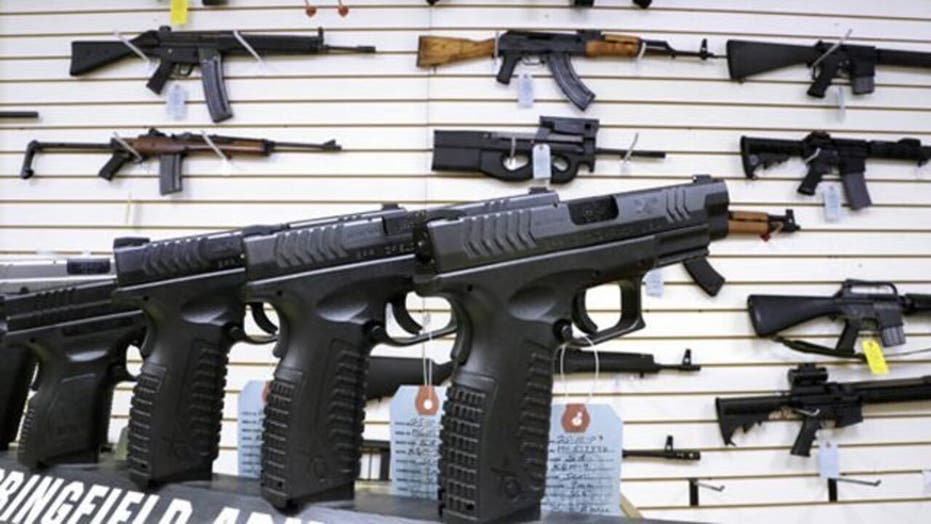 The Ninth Circuit Court of Appeals on Friday struck down California’s ban on high-capacity magazines on the basis that its restrictions violate the Second Amendment -- noting that it would criminalize half the magazines in the U.S.

The state’s law bans possession of large-capacity magazines (LCMs) that hold more than 10 rounds. The court’s three-judge panel said that while the law has a “laudable goal of reducing gun violence,” it must also comply with the Constitution.

IN 'DEFUND POLICE' CITIES WITH RISING CRIME, GETTING A GUN NO EASY TASK: 'NEAR-IMPOSSIBLE TO GET A PERMIT'

“California’s near-categorical ban of LCMs infringes on the fundamental right to self-defense. It criminalizes the possession of half of all magazines in America today,” the majority in the 2-1 ruling stated.

“It makes unlawful magazines that are commonly used in handguns by law abiding citizens for self-defense. And it substantially burdens the core right of self-defense guaranteed to the people under the Second Amendment,” Judge Kenneth Lee wrote in the majority opinion. “It cannot stand.”

Lee said that while the law was passed “in the wake of heart-wrenching and highly publicized mass shootings” the law was too sweeping.

It upholds a 2017 ruling by San Diego-based U.S. District Judge Roger Benitez, who blocked a new law that would have barred gun owners from possessing magazines holding more than 10 bullets.

But he and the appeals court went further by declaring unconstitutional a state law that had prohibited buying or selling such magazines since 2000. That law had let those who had the magazines before then keep them, but barred new sales or imports.

California now has the option of asking the U.S. Supreme Court to review the decision. It may also seek a delay on implementation of the decision to prevent a surge in purchases

The ruling may also have implications for other states that have similar laws -- although it only applies to Western states due to the court’s jurisdiction.

Gun rights groups have been keen to get such a case before the Supreme Court, where there is currently a conservative majority.