Former Assistant Attorney General Tom Dupree tells ‘America’s Newsroom’ this is a ‘stunning’ complaint as New York Attorney General Letitia James is seeking to shut down the NRA as a whole.

The National Rifle Association’s election spending is way down in 2020, filings show, as the organization fights scandals and now a lawsuit from New York state’s attorney general to shut it down.

The lost funding may hurt pro-gun-rights candidates in 2020, from President Trump all the way down the ballot.

NRA FIGHTS BACK, FILES ITS OWN SUIT AGAINST NY ATTORNEY GENERAL SEEKING TO DISBAND ORGANIZATION

According to the NRA’s most recent filings, it has spent less than $1 million in the 2020 election cycle – a fraction of the over $8 million spent at this point in the 2016 campaign, according to tallies compiled by campaign finance watchdog OpenSecrets.org.

While the NRA has promised to spend “tens of millions” more in 2020, it has not committed to matching 2016 spending.

But this year, the NRA-ILA's executive director told The Washington Free Beacon, "We'll spend tens of millions of dollars. Will it be $50 million? I don't know."

The NRA’s reduced political spending comes after years of costly legal battles surrounding alleged improper spending by NRA officials, in particular Executive Vice President Wayne LaPierre. He has been accused of spending hundreds of thousands of the NRA’s money on lavish personal expenses, as well as millions on private jet trips.

LaPierre estimated that legal challenges over the last couple years did $100 million of damage to the NRA, according to January 2020 leaked audio of an NRA meeting obtained by NPR. 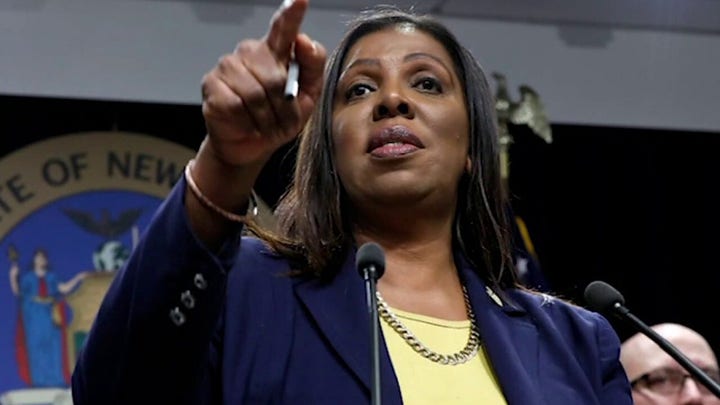 Since then, the NRA’s legal troubles have gotten worse, as New York Attorney General Letitia James announced last week that she is suing to shut down the NRA.

In a statement, NRA President Carolyn Meadows called the lawsuit “baseless” and “a transparent attempt to score political points and attack the leading voice in opposition to the leftist agenda.”

While a candidate for attorney general in 2018, James called the NRA a “terrorist organization” for enabling “gun violence.” The NRA has now countersued her, alleging a politically motivated prosecution.

D.C.’s attorney general is also suing the NRA – and the many lawsuits tie up NRA resources just as the organization needs what it has to support pro-gun-rights candidates in the 2020 election.

“You could have set your watch by it: the investigation was going to reach its crescendo as we move into the 2020 election cycle,” Meadows said in a statement.

In addition to cutting 2020 campaign spending, the organization has gone through mass staff layoffs and pay cuts.

COVID-19 added further to the NRA’s challenges – the organization estimates that it lost $10 million to $15 million in revenue because of canceled fundraising events.

But the NRA says they will still increase 2020 political spending soon.

“No one should ever doubt that the NRA will make sure the voices of our tens of millions of members and supporters are heard,” NRA spokesman Lars Dalseide told Fox News.

Leaders of competing gun-rights groups say they worry because, while the NRA is besieged, groups supporting gun control are upping their spending.

“The real reason I am worried about the 2020 elections is the millions of dollars being sent by anti-gun rights billionaires like Michael Bloomberg and George Soros,” Alan Gottlieb, president of the Second Amendment Foundation, told Fox News.

In 2020 so far, gun-control groups have outspent all gun-rights groups, doling out $2.2 million, according to tallies compiled by OpenSecrets.org.

“It is very hard for gun rights groups to compete. They [big gun-control donors] write six- and seven-figure checks and we rely on $15 and $25 donations from hundreds of thousands of working-class Americans,” Gottlieb said.

The Second Amendment Foundation is a nonprofit 501(c)(3), which means it can’t support or oppose political candidates like the NRA can.

So far, no organization has picked up the mantle from the NRA in doing the kind of major political campaign spending that it once did.

The hopes of gun-rights advocates now depend on rank-and-file gun owners.

“The three million new gun owners now have a different outlook when going to the polls,” Pratt said. “Consider that voters in Staunton, Va., a city that voted for Obama twice and for Hillary, recently defeated every Democrat office-holder running for reelection. A pro-gun tidal wave could be cresting.”

The NRA also revealed that it has added 1,000 new members each day since June, as millions of Americans became new gun owners in a period of large-scale unrest and riots in some cities following the death of George Floyd on May 25 in Minneapolis while in police custody.

Other gun-rights leaders were more skeptical and said gun owners were increasingly shunning the NRA.

He attributed that to the allegations against NRA leadership.

“While there is no doubt both of these attorney generals ... have an ax to grind, these are serious allegations that have not been put to bed by the leadership of the NRA over the last several years,” he said.

“Fortunately for the gun rights movement ... NRA members will not abandon the fight to protect Second Amendment rights,” Gottlieb added.

He called for members to themselves donate to candidates who support gun rights.

“Our members, as well as NRA members, can directly get involved as individuals in campaigns... they are doing that in record numbers,” Gottlieb said.