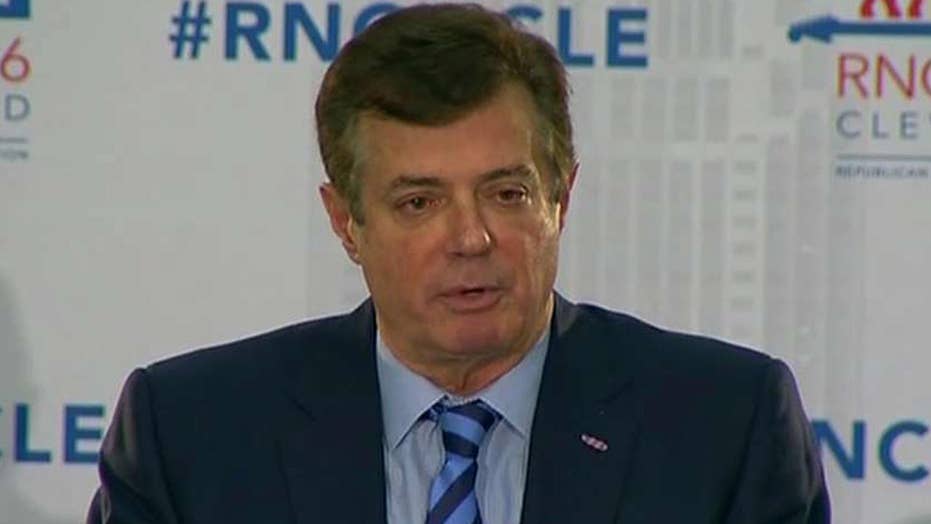 The July raid was first reported earlier this month, but the new details reflect the intensity and scope of the search, which the source described as "heavy-handed, designed to intimidate." Elements of the account were backed up by a second individual also not authorized to speak on the record.

The source said both Manafort and his wife were asleep when FBI agents entered the Alexandria, Va., condo without warning at about 6 a.m. ET. They did not conclude their search until late afternoon, around 4 p.m. ET. The 1,600-square-foot condo includes three bedrooms and a main living area.

During the raid, agents copied the electronics through a process known in law enforcement circles as ‘mirroring’ and collected records -- including several documents marked "attorney-client" that included privileged material to aid Manafort's preparation for congressional testimony, sources said.

The FBI raid came the same week Manafort appeared before the Senate intelligence and judiciary committees and provided documents on a voluntary basis.

"This is an unusual step, there is no getting around it," former Justice Department official Tom Dupree told Fox News. "It is an aggressive step. I think it sends a very strong message both to Manafort himself and potentially other people who might be targets of this investigation that [Special Counsel Robert] Mueller is going to pursue this aggressively."

Dupree, who served as principal deputy assistant attorney general during the George W. Bush administration and argued appeals in all 13 circuits as well as the U.S. Supreme Court, drew attention to the timing. "This is unusual because ordinarily, if you are in the process of testifying before Congress and turning documents over to Congress, you would think the prosecutors might say, 'Well this person is cooperating and there is no need for us to go in and get a search warrant.'"

However, Dupree said, “the fact that Mueller, nonetheless, went in, got a search warrant and raided his home suggests that there is something else going on here … and it suggests that Mueller doesn't trust Manafort or that for whatever reason he thought that if he waited for Manafort to voluntarily comply, that Mueller might not get all the evidence he wanted."

Asked for comment, Manafort spokesman Jason Maloni referred Fox News to a statement released earlier this month: "FBI agents executed a search warrant at one of Mr. Manafort's residences. Mr. Manafort has consistently cooperated with law enforcement and other serious inquiries and did so on this occasion as well."

The affidavit that justified to a federal judge that there was "necessity" to raid the property – considered a highly visible and aggressive law enforcement tool – remains under seal and is not public.

Two former senior FBI officials, who declined to speak on the record citing the sensitivity of the special counsel case, were split on whether the number of agents appeared excessive given the size of the property and a search that likely authorized a specific range of records. Both officials, with decades of experience at the bureau, emphasized there is "nothing typical" about a special counsel probe.

The officials said a guiding principle for federal agents seeking records is to use the least intrusive means possible.

A spokesman for the Special Counsel’s Office declined to comment.

Manafort has been the subject of multiple investigations into his financial dealings and lobbying work. He left the Trump campaign last August amid questions over his dealings in Ukraine; Manafort has since registered as a foreign agent for the work he did with a Ukrainian political party.