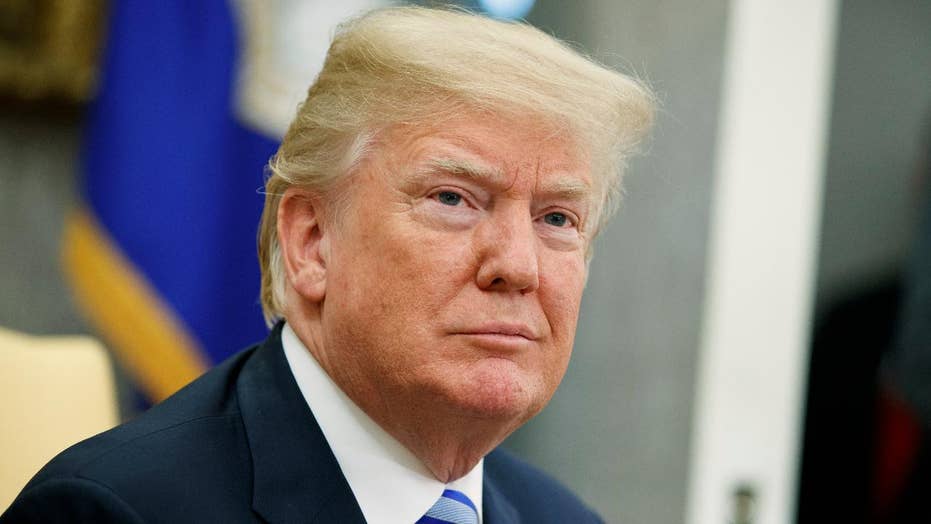 What to watch for as Trump demands investigation of FBI, DOJ

Justice Department watchdog is now looking into President Trump's claims that the FBI planted a spy in his presidential campaign; insight from John Bussey, associate editor for the Wall Street Journal.

The FBI and Department of Justice will brief lawmakers Thursday on classified material they have requested relating to the FBI’s actions during the 2016 campaign, the White House announced Tuesday.

The announcement followed revelations that an FBI informant had contacts with members of the Trump campaign.

Trump met Monday with Deputy Attorney General Rod Rosenstein and FBI Director Christopher Wray to discuss the expansion of the DOJ inspector general’s investigation to include “irregularities” with the FBI or DOJ’s “tactics concerning the Trump campaign,” Sanders said Monday.

Sanders did not say what documents they would be viewing.

“If they had spies in my campaign ... for political purposes, that would be unprecedented,” President Trump said during an Oval Office meeting with South Korean President Moon Jae-in Tuesday, calling it a “disgrace.”

On Sunday Trump demanded an investigation following initial reports about the informant, leading the DOJ to direct Inspector General Michael Horowitz to investigate whether agents surveiled the campaign for political purposes, and if they were instructed to do so by the Obama administration.

On Monday, Trump campaign adviser Michael Caputo told Fox News there might be at least two informants and said that he was also approached.

Caputo added: “I know because they came at me. And I’m looking for clearance from my attorney to reveal this to the public. This is just the beginning.”

Fox News’ John Roberts, Brooke Singman and Gregg Re contributed to this report.