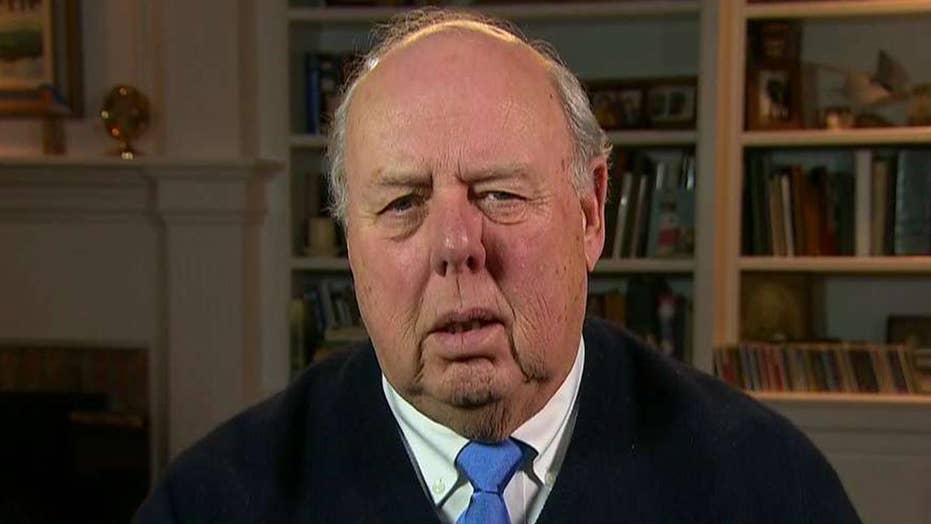 John Dowd: Bob Mueller broke his word to me

Veteran criminal defense attorney John Dowd has savaged Robert Mueller’s Russia probe as a "terrible waste of time" and questioned whether a report will ever be produced.

Dowd, who served as a member of President Donald Trump’s legal team from June 2017 until March 2018, made the explosive comments during an interview with ABC News.

“I will be shocked, if anything regarding the president is made public, other than, ‘we’re done’,” the 77-year-old said.

This is one of the greatest frauds this country's ever seen

When pressed on what he believes the conclusion of the probe will be, Dowd unleashed a blistering attack.

“It's been a terrible waste of time… This is one of the greatest frauds this country's ever seen,” he said. “I'm just shocked that Bob Mueller didn't call it that way and say, ‘I'm being used.’ I would’ve done that.

“I'd have gone to Sessions and Rosenstein and said, "Look. This is nonsense. We are being used by a cabal in the FBI to get even.”

The 77-year-old’s explosive remarks fly in the face of public comments made by members of the Justice Department.

While being quizzed on the Russia probe during an oversight hearing last week, Acting Attorney General Matthew Whitaker said he respects Mueller and his “ability to conduct this investigation”.

Speaking during an interview on NBC’s “Meet The Press,” the California Democrat said he found it “remarkable” that Trump was seeking a business deal with Russia and that he wanted to make sure that the president was “working in the national interest.”

“We are looking to see if the president is working in the national interest,” Schiff said. “That he is not motivated by some pecuniary interest or fear of compromise or actual compromise.”

President Trump has repeatedly referred to the investigation as a “witch hunt”.