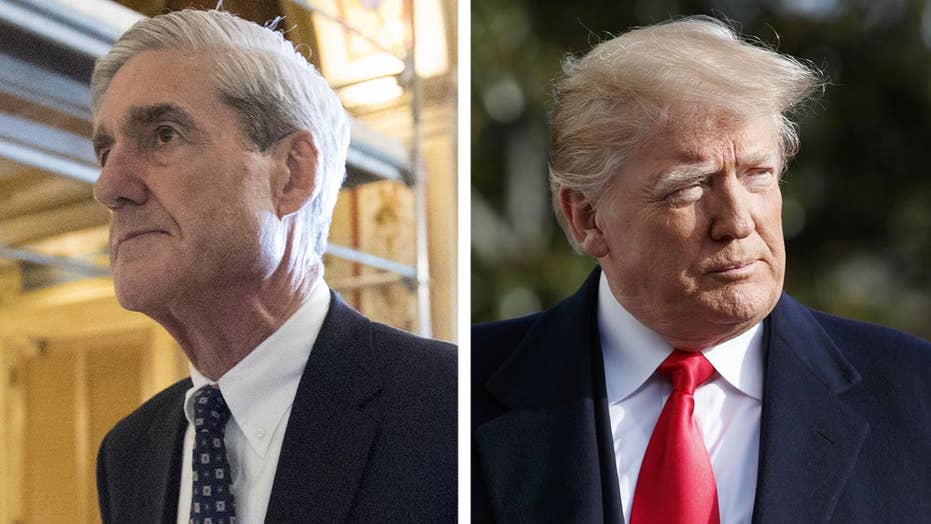 As the media clamor to cover each nugget of information that comes out of Special Counsel Robert Mueller’s investigation into allegations of so-called “collusion” between the Trump presidential campaign and Russia, it’s becoming clearer just how brutal the Mueller team’s tactics are.

In many ways, the investigation has moved from being a Washington witch hunt vaguely concerning Russia to being a political inquisition of President Trump and his allies. All pretense of truth and justice has been dropped.

Consider what Mueller and his team have done to Paul Manafort, who briefly served as chairman of the Trump presidential campaign.

NEWT GINGRICH: THE ONE BIG THING THE LIBERAL MEDIA NEVER TOLD YOU ABOUT TRUMP AND THE MIDTERMS

After an early morning FBI raid in July 2017 that left Manafort and his wife watching armed agents ransack their home as the couple were in their pajamas, the charges that were ultimately brought against Manafort in October last year had nothing to do with Russia or the 2016 election.

The charges all involved financial crimes related to Manafort’s own business endeavors. But that didn’t matter to Mueller – or the media. Mueller still interrogated Manafort more than a dozen times.

Manafort eventually signed a plea deal with Mueller – after being kept in solitary confinement for 23 hours a day. Now Mueller and his team are attempting to renege on Manafort’s plea agreement, saying Manafort didn’t fully cooperate in their so-called Russia investigation – although they won’t say how he was supposedly uncooperative.

After hours of interviews that apparently produced no smoking gun evidence that there was any collusion between President Trump’s campaign and Russia, Mueller charged Flynn with making false statements during the interviews – and he threatened to go after Flynn’s son to elicit a plea agreement.

What parent wouldn’t accept a baloney plea deal to save his child from an unfettered, politically motivated federal investigation?

Now President Trump’s former attorney, Michael Cohen, has been sentenced to three years in prison for supposed campaign finance violations related to payments he made to women who claimed to have had affairs with President Trump well before 2016. The president has denied their claims.

However, former Federal Election Commission member Hans von Spakovsky has pointed out in op-eds for Fox News and for The Daily Signal that legal precedent and statutory language indicate the transactions were not illegal under the Federal Election Campaign Act.

Moreover, Cohen was sentenced two months of his three-year prison term for misleading congressional committees about a one-time nascent Trump Organization business proposal that never got off the ground.

Cohen is now showing one of his many faces and is doing and saying whatever Mueller wants in the hopes he can reduce his prison sentence.

Again, after months of interrogations, raids, threats, and more than 30 people and three companies indicted, there’s no evidence of any collusion by the Trump campaign with Russia to win the election. Yet, as I wrote in my New York Times best-selling book “Understanding Trump and Trump’s America,” Mueller and his team are determined to get whoever they can for whatever they can.

And these examples are only part of a larger pattern carried out by the Department of Justice. Consider the case against Maria Butina, a 30-year-old Russian national. She is accused of conspiracy and breaking Section 951 – or “espionage-lite” – for attempting to build relationships with Republicans to improve U.S.-Russia relations.

Since being locked up in July, Butina has been kept mostly in solitary confinement and has not been given any clear explanation as to why. She broke this week and signed a plea agreement.

The charges against Butina carry an estimated sentence of up to six months in jail, as reported by The Daily Beast citing Butina’s plea agreement.

While Butina was not prosecuted by Mueller’s team, as a part of her agreement she’s pledged to assist law enforcement “in any and all to matters as to which the Government deems this cooperation relevant.” Butina has clearly been targeted in Mueller’s inquisition.

Mueller should be forced to release all 70 hours of his interviews with Cohen, so the American people can see how this inquisition is operating.

Members of the Mueller team simply interrogated and intimidated Cohen until he broke and said what they wanted him to say – and that happened to take upwards of 70 hours. Make no mistake, this is not an investigation. It’s an inquisition.

These types of tactics are exactly what former Justice Department attorney Sidney Powell wrote about in her best-selling book “Licensed to Lie: Exposing Corruption in the Department of Justice.” Every American should read it to fully understand just how sick the system has become.

If we had any sense of equal justice, fired FBI Director James Comey, President Clinton and Hillary Clinton – and their efforts to influence the 2016 election – should be facing investigations of their own.

Mueller and his team feel empowered and emboldened to act on behalf of the establishment in Washington – and they are working to purge President Trump by any means necessary.