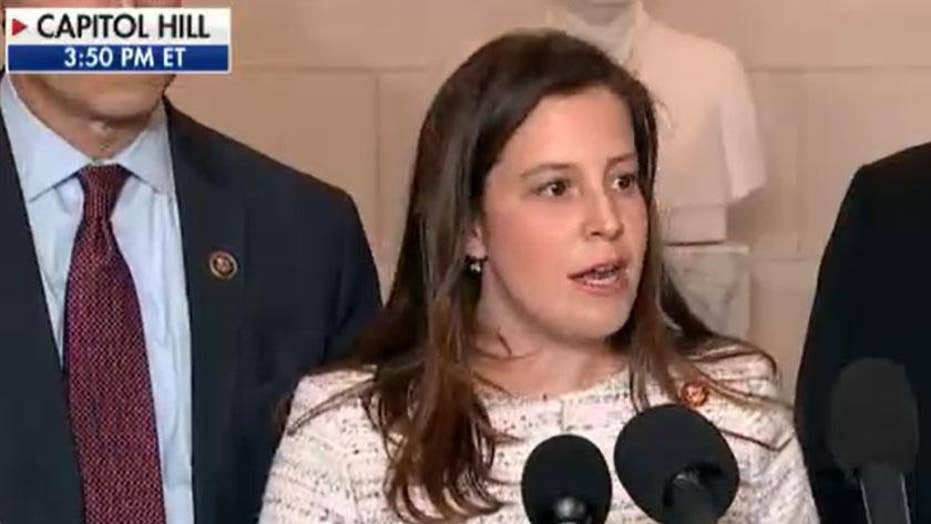 Stefanik made waves during the House Intelligence Committee's impeachment hearings last year as one of the staunchest defenders of Trump and a thorn in the side of the committee's chairman, Rep. Adam Schiff, D-Calif.

A statement from the campaign said Stefanik will be charged with helping both local and statewide candidates who support Trump's agenda and touted her pro-Trump district. Stefanik won New York's 21st Congressional District with more than 65 percent of the vote -- the largest margin of her three elections -- in 2016.

“I’m honored to have been chosen as a New York State chair for the Trump campaign in 2020,” she said Wednesday. “President Trump’s agenda of creating jobs, strengthening our military, securing our borders, negotiating better trade deals and lowering crime rates has historic support in the 21st Congressional District and across Upstate New York."

One of the most explosive moments of the impeachment hearings came on Nov. 15, 2019, when Ranking Member Rep. Devin Nunes, R-Calif., yielded some of his time to Stefanik. But as she spoke, Schiff slammed down his gavel, arguing that it was not allowed under committee rules: "The gentlewoman will suspend."

Stefanik's performance at that moment and throughout the hearings earned her praise from fellow Republicans and likely contributed to her being named an honorary chair for the Trump campaign.

"I’m looking forward to working with his campaign to deliver another decisive victory in my district. President Trump’s record of results will win handily over far-left radical resistance in November," she said.