Looks like President Trump using Twitter to get Congress to act in his favor helped lead to some rare bipartisanship on the final day of the 115th Congress.

Senators late Wednesday approved a new Census director, a drug czar and some 15 ambassadors, including one to war-torn Yemen.

“Heads of countries are calling wanting to know why Senator Schumer is not approving their otherwise approved Ambassadors!? Likewise in Government lawyers and others are being delayed at a record pace! 360 great and hardworking people are waiting for approval from....,” he tweeted.

He continued: “....Senator Schumer, more than a year longer than any other Administration in history. These are people who have been approved by committees and all others, yet Schumer continues to hold them back from serving their Country! Very Unfair!”

Most of the nominees confirmed were for executive-branch positions, including a handful of new U.S. attorneys and members of the Federal Communications Commission (FCC). 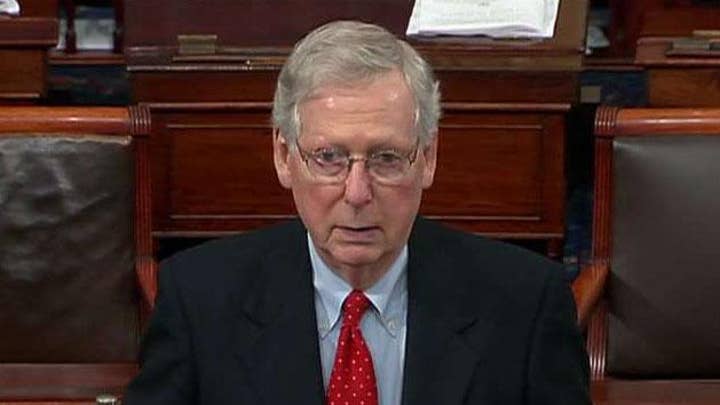 Only a few judicial nominees were part of the deal, as Democrats have opposed many of Trump's picks.

"I'm glad the president will have more of his rightful team in place, and I'm glad that this group of newly confirmed nominees will be able to get to work on important business for the American people," Senate Majority Leader Mitch McConnell, R-Ky., said shortly before the slate of nominees was confirmed, as The Hill reported.

The news outlet reported he and Senate Minority Leader Charles Schumer, D-N.Y., had reached a deal on the nominations.

The nominees were approved by voice vote, with most senators still away from Washington during the holiday break.

The new Congress convenes on Thursday.