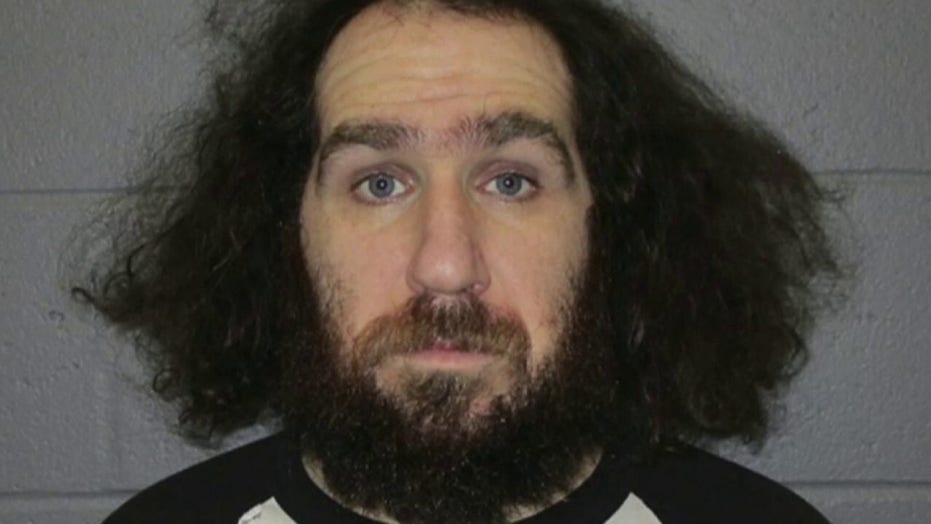 The Windham Police Department say they have charged 34-year-old Patrick Bradley with simple assault and disorderly conduct for allegedly assaulting a 15-year-old Trump supporter and two adult voters at a polling site.

Donald Trump Jr. reached out to the 15-year-old Trump supporter who was allegedly assaulted outside a polling place on New Hampshire primary day this week, telling him that the Trump family has “family has your back.”

“So it turns out that I actually met the 15 year old victim shortly before he was attacked by a sick leftist,” Trump Jr. tweeted. “I asked an aide to find his number & just got off the phone with him & his mother. I thanked them for being such strong supporters. My family has your back Nate! #MAGA.”

Trump Jr. reached out to the young man, Nate Campbell, on Thursday night after Fox News first reported the incident.

The Windham Police Department arrested Patrick Bradley, 34, on Thursday and charged him with simple assault and disorderly conduct.

The suspect got in the face of Campbell, who was wearing a red “Make America Great Again” hat and volunteering at the Trump tent at Windham High School, a polling location for the New Hampshire primary.

Police said the incident happened Tuesday as Bradley exited the voting location inside the high school and was walking by a Trump campaign tent occupied by several supporters. As he passed by the tent, police said, Bradley slapped a 15-year-old across the face and then assaulted two other adults who attempted to intercede.

This is a photo of Nate Campbell, right, with Donald Trump Jr., Kimberly Guilfoyle, and his mother Cathy Campbell, left, at Winham High School in New Hampshire before the alleged assault. (Trump Jr. Twitter)

Bradley is also accused of throwing Trump campaign signs and attempting to knock over the campaign tent, police said.

In the interview with Fox News, the boy’s mother, Cathy Campbell, described the incident involving her son.

“My son stayed home from school on Tuesday for a doctor's appointment and we drove by the high school to go vote. When we got there, we saw Donald Trump Jr. and Kimberly Guilfoyle, and my son was over the moon,” she said. “My son is the most patriotic kid you’d ever meet in your life.”

She said she was apprehensive about him wearing the MAGA hat.

“But he wore the hat," she said, "because he’s a proud 15-year-old and he doesn’t know what people are going to be like.”

Campbell said she dropped her son off to volunteer at the school.

“My son was standing outside on the sidewalk and he said ‘have a nice night,’ he said it to everyone. But this man was triggered,” Campbell explained. “He said ‘f--- you’ to him and wound up his hand as fast as he could and slapped him across the face.”

Campbell said that a man, also wearing a MAGA hat, came over to intervene. According to Campbell, that man now has a fractured jaw.

Campbell told Fox News that her husband is a firefighter in town and was on duty during the incident.

“He got the call about the assault and didn’t know it was our son until he got there,” she explained.

“He’s the sweetest kid,” Campbell said of her son. “He was so excited and not realizing that something like this could happen.”

Since the incident Tuesday, Campbell said her son is “pretty traumatized.”

“This guy lives in our town. It’s pretty unnerving,” she said, but added that her son has been going to school and is getting “a lot of support from his peers.”

“There will always be the people who try to blame the victim,” she said. “But he certainly did nothing wrong.”

She added: “It’s scary that you can’t express which political party you are. People need to know how much intolerance there is right now.”

“It sickens me that people would be angry at a kid for wearing a stupid hat,” she said. “And everybody that has reached out has just talked about what an amazing kid he is.”

The incident follows other violence against Trump supporters. A Florida man, Gregory Timm, 27, is accused of ramming his van into a Republican Party voter registration tent on Saturday. An arrest report said Timm told deputies he did not like Trump and “someone had to take a stand.”

“Given the main stream media’s willingness to destroy the lives of teenage conservatives, like the Covington Catholic kids, it should come as no surprise that they would barely touch this story of an adult far left Democrat assaulting a 15 year old,” he tweeted. “Where are you clowns on this?”