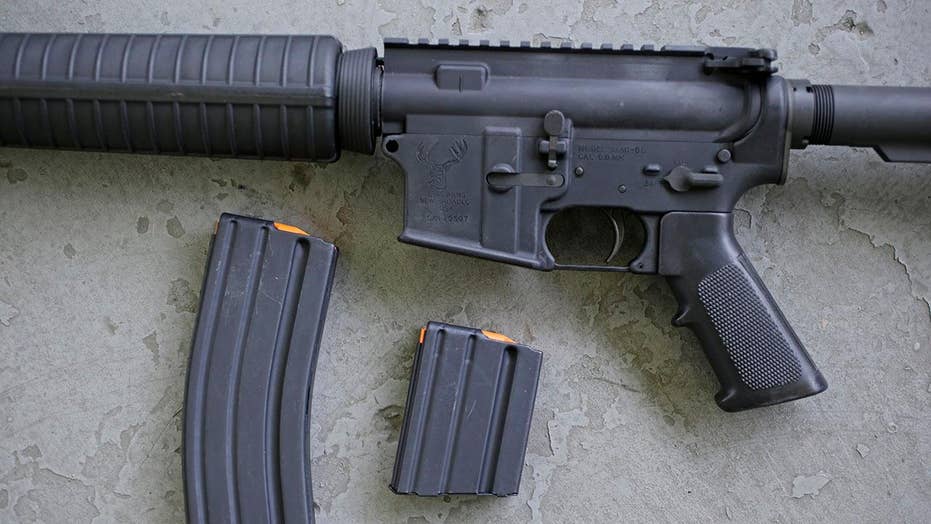 The Department of Justice has sent a package of legislative proposals on gun violence to the White House, a person familiar with the matter told Fox News, as the debate rages over how lawmakers and the president should respond to a recent spate of deadly mass shootings.

The White House has had the proposals for two weeks, according to the source, but has not yet sent anything along to Capitol Hill. It was not immediately clear what proposals are included in the DOJ package.

President Trump has signaled a willingness to at least consider new measures – while insisting he will also defend Second Amendment rights. Meanwhile, Democratic presidential candidates have gone so far as to urge mandatory gun buyback programs and other far-reaching measures.

In the wake of deadly shootings in Texas and Ohio that have jolted the country anew, the president suggested he could throw his support behind strengthened background checks as well as so-called “red flag” laws that would take firearms away from those deemed a risk to themselves or others. But he seems to have backed off that potential strategy of late, emphasizing in recent weeks that his administration is focused on mental health solutions.

“I am hopeful Congress will engage with my Team to pass meaningful legislation that will make a real difference and, most importantly, Save Lives!” the president tweeted last month.

There has been some confusion over the president’s stances, particularly over background checks. Last month, The Atlantic reported that Trump told the NRA’s Wayne LaPierre that universal background checks are off the table, but the White House disputed that, saying action on background checks remains in play.

Gun rights groups, like the National Rifle Association, have made it clear they won’t budge on background checks. “So-called ‘universal’ background checks won't stop criminals from obtaining guns, would criminalize private transfers and loans between friends and family, and is completely unenforceable,” the NRA tweeted Wednesday. “Criminals don't follow the law. A BIG NO FROM US!”

As pressure has mounted for Congress to address the mass shootings legislatively, Democrats have directed their ire at Senate Majority Leader Mitch McConnell – he has turned back votes on Democrat-supported gun control measures that have passed in the House.

In a radio interview this week, McConnell suggested he would allow votes on proposals supported by the president.

“I said several weeks ago that if the president took a position on a bill so that we knew we would actually be making a law and not just having serial votes, I’d be happy to put it on the floor,” McConnell told radio host Hugh Hewitt. “If the president is in favor of a number of things that he has discussed openly and publicly, and I know that if we pass it it’ll become law, I’ll put it on the floor.”

In a letter to Senate Democrats on Thursday, Democratic leader Chuck Schumer indicated that pressuring Republicans to take up gun violence measures will be a priority. 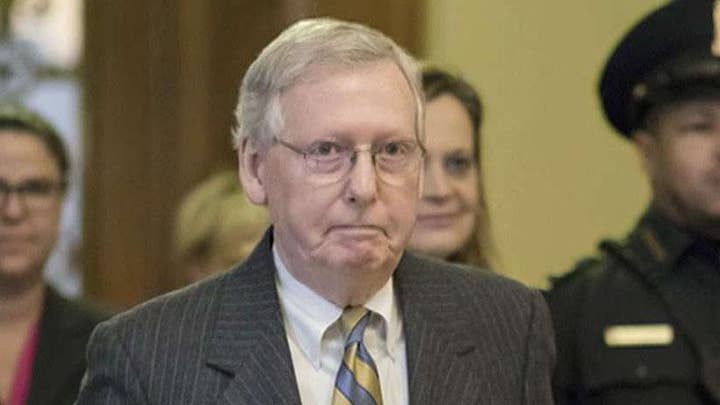 “President Trump and Senate Republicans have failed to act on the issue of gun violence, bowing repeatedly to the NRA and the hard right by choosing inaction or half-measures over real, meaningful legislation,” Schumer said. “Comprehensive, evidence-based solutions, like updating our laws to require background checks for all gun sales, must be a part of any congressional action to curb gun violence.”

Over in the House, Judiciary Committee Chairman Jerrold Nadler, D-N.Y., has said his panel will hold a hearing on “assault weapons” in late September.

In Fox News polls taken after the shootings in Dayton, Ohio, and El Paso, Texas, last month, large majorities of voters indicated they favor background checks on gun buyers and taking guns from people who are a danger to themselves or others. Two-thirds also indicated that they support a ban on assault weapons, although that majority is largely driven by Democrats.