The Justice Department's internal watchdog has been scrutinizing why former FBI Deputy Director Andrew McCabe seemingly delayed an investigation of emails related to Hillary Clinton's personal server in the final weeks of the 2016 campaign, The Washington Post reported Tuesday.

Justice Department Inspector General Michael Horowitz is attempting to determine whether McCabe or other FBI officials wanted to hold off on probing the emails found on the laptop of former Democratic Rep. Anthony Weiner.

McCabe, a 22-year FBI veteran, left his position Monday ahead of his planned retirement, effective March 18. The Post reported that McCabe's departure was announced following a meeting with FBI Director Christopher Wray at which the inspector general's investigation was discussed. 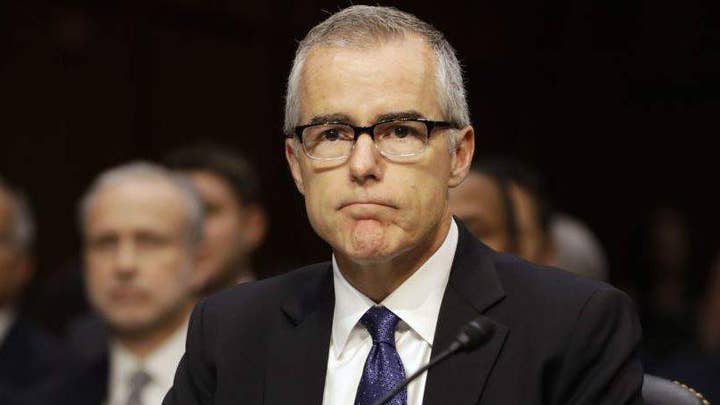 In the fall of 2016, FBI agents discovered thousands of work emails sent to Weiner's laptop by his wife, Huma Abedin, while investigating Weiner for explicit messages he sent to a teenage girl. On Oct. 28, FBI Director James Comey wrote a letter to Congress informing them that he was reopening the Clinton email investigation to determine whether the messages found on Weiner's laptop contained new evidence in the case.

A week after his initial letter, Comey informed Congress that the emails on Weiner's laptop had not changed the bureau's decision not to charge Clinton in the email investigation. However, the conservative group Judicial Watch has said that the FBI found at least 18 emails that contained classified information.

The documents included missives sent from Abedin's "clintonemail.com" account as well as from her Blackberry. Comey told lawmakers earlier this year that he believes Abedin regularly forwarded emails to Weiner for him to print out so she could give them to Clinton.