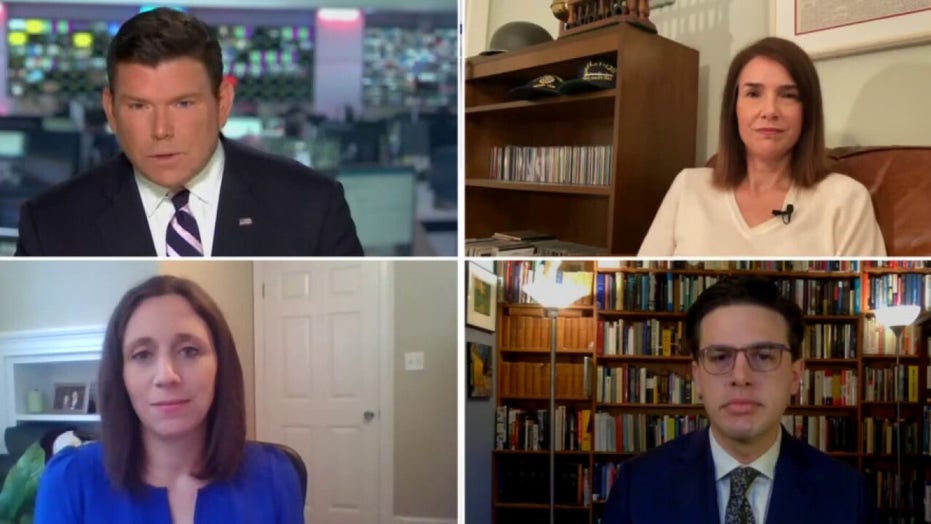 The Department of Justice (DOJ) requested that former national security adviser John Bolton’s memoir, “The Room Where It Happened,” be blocked from publication, claiming "disclosure of the manuscript will damage” U.S. national security.

"Regardless of rank or position, every individual entrusted with access to our nation's secrets has a legal duty and responsibility to protect classified information,” Director of National Intelligence (DNI) John Ratcliff said in a statement to Fox News Wednesday.

He wrote, “As the Director of National Intelligence, I am authorized and obligated by law to protect the critical work of the Intelligence Community from any and all unauthorized disclosures, which is what I have done today."

According to the court filing Wednesday, security officials at the DNI and other intelligence agencies believe the manuscript contains classified information.

The publisher Simon & Schuster is not listed as the defendant on the court documents though the DOJ is asking that the publisher be bound from releasing the documents or publishing the manuscript until they have received “written authorization after the conclusion of the government’s prepublication review.”

But a spokesperson from the publisher says the injunction comes too late and is “politically motivated.”

The injunction comes after the New York Times and the Washington Post received copies of the manuscript one week ahead of the scheduled publishing date, and have released allegations against President Trump obtained from the book.

“Tonight’s filing by the government is a frivolous, politically motivated exercise in futility. Hundreds of thousands of copies of John Bolton’s THE ROOM WHERE IT HAPPENED have already been distributed around the country and the world,” Adam Rothberg, senior vice president of corporate communications, told Fox News Wednesday. “The injunction as requested by the government would accomplish nothing.”

The DOJ has requested a hearing be scheduled for Friday, June 19. The court filings claim that the defendant released the manuscript to the press prior to receiving written authorization certifying that there was no classified information present.

The Trump administration also filed a civil suit against Bolton Tuesday, additionally requesting for a court order to delay the release of the book scheduled for June 23.