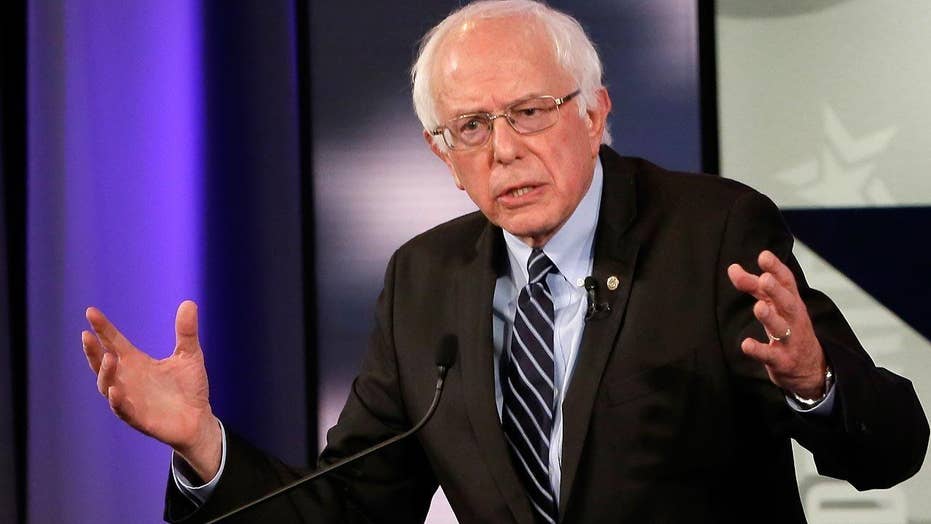 Greta: Note to Bernie Sanders - We are not ignoring you

Greta's 'Off the Record' comment to 'On the Record' viewers: Bernie Sanders' campaign is reportedly complaining that TV news networks are ignoring him. That's just not true; we ask you to go 'On the Record' all the time and you refuse.

The Washington Post first reported late Thursday that Sanders' campaign manager had acknowledged a low-level staffer had viewed the information and was fired as a result. The Post reported that the DNC has told the Sanders campaign that it will not have access to the party's master list of likely Democratic voters until it provides an explanation and destroys any copies of Clinton campaign data that it posesses.

The DNC rents out the master list to national and state campaigns, which add their own information compiled by volunteers and field workers.

Being shut out of seeing the list for any length of time would be a major blow to Sanders, who is attempting to cut into Clinton's sizable lead in the race for the Democratic presidential nomination.

A Fox News poll released Sunday shows Clinton with a 14-point lead over Sanders among likely Democratic caucusgoers in Iowa, while a poll of New Hampshire primary voters released Thursday shows the two in a statistical tie.

The software vendor that handles the DNC master list told the Post that the breach occurred Wednesday while a patch was being applied to the software. The process briefly disabled the firewall surrounding the Clinton campaign's data.

Sanders spokesman Michael Briggs placed the blame for the incident in large part on the vendor, NGP VAN.

“Sadly, the vendor who runs the DNC's voter file program continues to make serious errors. On more than one occasion, the vendor has dropped the firewall between the data of different Democratic campaigns,” he said in a statement to Fox News. While saying it was “unacceptable” for a campaign staffer to access “some modeling data from another campaign,” he also said they want to work with the DNC and vendor to fix the “software flaws” that could make Sanders’ records vulnerable as well.

Another campaign official told the Post that the Clinton data was never downloaded or printed.

NGP VAN describes itself on its website as "the leading technology provider to Democratic and progressive campaigns." Stu Trevelyan, the company's CEO, told the Post the breach was an "isolated incident that was fairly short in duration ... By lunchtime, it was resolved."

The Post reported the DNC was likely to initiate an outside audit to determine what exactly happened and whether any additional information was improperly accessed. Criminal charges were unlikely to be filed.