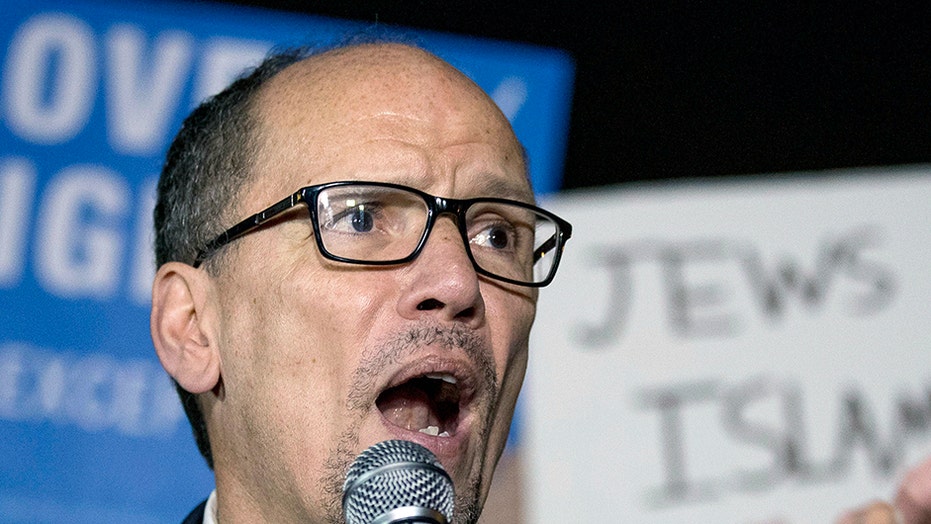 The Democratic National Committee voted down a resolution at its summer meeting in San Francisco Saturday that would have freed the party's presidential candidates to participate in unofficial “multi-candidate” forums focused solely on climate change.

The national party committee voted 222-137 against a resolution that would have encouraged candidates to essentially disregard a rule set by DNC Chairman Tom Perez that barred them from appearing on the same stage at the same time during so-called "non-party events."

The vote drew a rebuke from left-wing environmental activists, such as the Sunrise Movement, who say the party leadership is ignoring young voters' priorities.

"The Democratic Party needs the energy and motivation of young people to win in 2020," said Evan Weber, Sunrise Movement political director. "The energy around this issue has been incredibly clear, yet Tom Perez keeps shooting the party in the foot by rejecting that energy and turning it away."

Perez has said throughout the primary campaign that he opposes making any of the party's official debates revolve around a single issue. Perez said this week that he wants the widest possible audiences for primetime debates, with voters getting to see candidates address a full range of issues. The next official Democratic debate is scheduled for Sept. 12 in Houston, with a second night of debates scheduled for Sept. 13 if enough candidates can qualify.

Perez has encouraged candidates to participate in issue-specific forums that don't involve multiple candidates being on the same stage together. CNN, for example, has planned a climate forum in September, with at least 10 candidates expected to appear individually and discuss climate policy in-depth. Powerful organizations such as the National Education Association and the AFL-CIO already have hosted such events focused on their policy priorities.

The wrangling this week came in the wake of Washington Gov. Jay Inslee ending his presidential bid that he'd hinged on a pledge to make climate action the nation's top priority. Inslee was able to attract more than 130,000 individual donors — the mark the DNC set as one qualifying metric for the September debate stage. But Inslee was well shy of an additional requirement to hit 2% support in at least four national or early nominating state polls from reputable pollsters.

Inslee had repeatedly called on Perez to dedicate a DNC-sponsored debate to climate action.