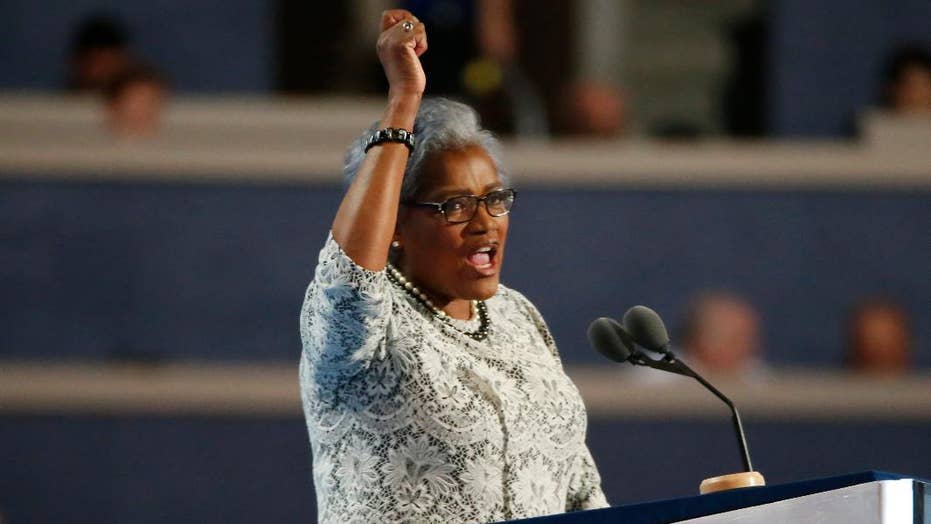 Both Republicans and Democrats are speaking out about Donna Brazile’s allegations about Hillary Clinton. In her new book, the former interim Democratic National Committee chairwoman claims that Clinton’s campaign took control of the organization’s finances and operations resulting in tipping the nomination process in Clinton’s favor over Bernie Sanders.

The 2015 deal between Hillary Clinton and the Democratic National Committee in which the group effectively ceded immediate control to the Clinton campaign was supposed to take effect only if Clinton won the primary process - but in effect, they gave her control well before that, according to a copy of the agreement published this weekend.

The publishing of the agreement this weekend follows former DNC interim Chairwoman Donna Brazile’s bombshell accusation Thursday that the party’s 2016 presidential primary contest between Clinton and Sen. Bernie Sanders was rigged by the DNC to hand the nomination to Clinton.

Brazile, also a onetime Clinton confidante and CNN commentator, made the claims in an  article in Politico while touting a new book.

The agreement, in the form of a memo obtained by NBC News, shows the DNC gave the Clinton campaign input on hiring and spending decisions in exchange for money to help the cash-strapped group, including an initial $1.2 million payment.

Hillary for America “personnel will be consulted and have joint authority over strategic decisions over the staffing, budget, expenditures, and general election related communications, data, technology, analytics, and research," the Aug. 26, 2015, memorandum from campaign manager Robby Mook to DNC chief executive Amy Dacey states in part. “This does not include any communications related to primary debates -- which will exclusively be controlled by the DNC.”

Clinton didn’t effectively secure the party nomination until July 2016, after an unexpectedly strong challenge from Sanders, an Independent who temporarily joined the Democratic Party to run for the White House.

The memorandum also attempts to argue that nothing in the joint-fundraising agreement “shall be construed to violate the DNC’s obligation of impartiality and neutrality through the nominating process” and acknowledges the group “may enter into similar agreements with other candidates.”

President Trump and other Republicans immediately seized on the book excerpts to validate their belief that Clinton had stolen the election from Sanders. In addition, Trump has suggested the FBI and Justice Department look into the matter.

“I know Donald Trump and Republicans would like to use Hillary Clinton as a whipping boy,” Liz Smith, who was a spokeswoman for Martin O’Malley, another 2016 Democratic presidential candidate, on Saturday told Fox News’ “America’s News Headquarters.” But she’s in our past. We are moving beyond her.”

Smith also said new DNC Chairman Tom Perez has acknowledged problems with the 2016 campaign and has vowed to fix them.

Trump tweeted Friday: “The real story on Collusion is in Donna B's new book. Crooked Hillary bought the DNC & then stole the Democratic Primary from Crazy Bernie!,” “I always felt I would be running and winning against Bernie Sanders, not Crooked H, without cheating, I was right.”

She also tweeted: "Mr President, please -- go back to attacking me. It’s better than having my own words scrambled and spewed out by you."

The Washington Post reported Saturday that Brazile also says in her upcoming book that she considered replacing Clinton with then-Vice President Joe Biden when Clinton fainted during a 9/11 memorial service in New York City.