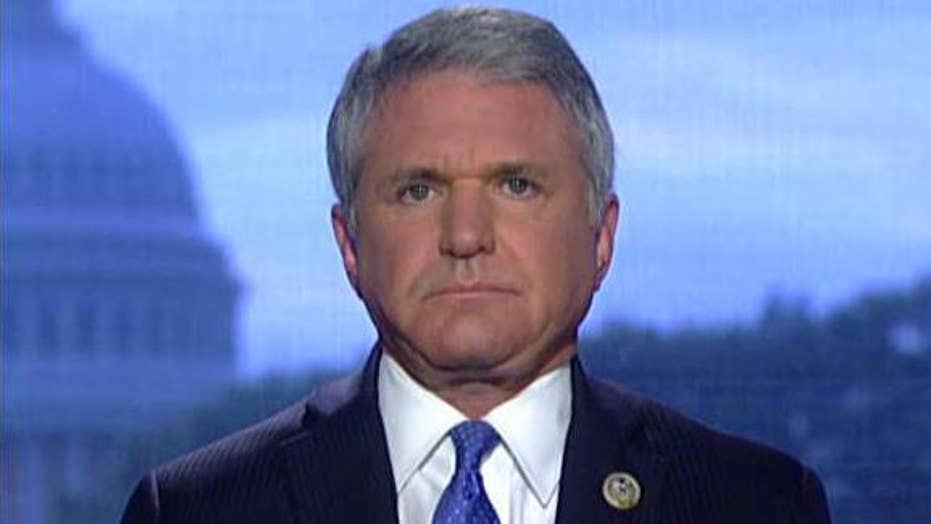 Rep. McCaul: US immigration system should be merit-based

The terror attack Tuesday in Lower Manhattan has brought renewed calls from President Trump and other top Washington Republicans to end the "diversity visa" program under which the central Asian suspect entered the United States.

“I’ve always been against it because it’s a random system to bring people into the United States,” Texas GOP Rep. Mike McCaul, chairman of the House Committee on Homeland Security, said Wednesday on Fox News’ “Fox & Friends.”

McCaul said he’s trying to abolish the roughly 25-year-old program and replace it with a merit-based one.

“I think this case just demonstrates why that is absolutely necessary,” he also said.

The suspect in Tuesday’s terror attack, Sayfullo Saipov, came into the U.S. in 2010 from Uzbekistan.

He was among the maximium 50,000 people allowed into the U.S. every year under the State Department program, which tilts toward “countries with historically low rates of immigration.”

The 29-year-old Saipov on Tuesday afternoon drove a rented pickup truck down a walk-bike path along Manhattan’s West Side Highway, killing eight and injuring at least 11 others, according to police.

McCaul spoke Wednesday just minutes after President Trump called for a merit-based only immigration system and in part blamed Senate Minority Leader Chuck Schumer and other congressional Democrats for the program.

“The terrorist came into our country through what is called the ‘Diversity Visa Lottery Program,’ a Chuck Schumer beauty. I want merit based,” Trump tweeted.

“No more Democratic lottery,” Trump said in a follow-up tweet.

Schumer indeed voted in support of the 1990 Immigration Act, which included the diversity visa program.

The New York Democrat was then a House member and among those who helped pass the measure 264-118, with support from 93 Republicans in the chamber. The bill was signed into law by President George W. Bush and took effect in 1995.

Slightly more than 1 million people have entered the U.S. under the program, based on an analysis of State Department records.

At least 24,000 people have entered the country from Uzbekistan since 2005, according to the records.

The program, which has its origins in a 1986 special-preference program, requires applicants to have no criminal record and come from a county not on the list for statesponsored terrorism.

However, critics have for years argued that potential terrorists can easily move from their birth county to a country not on the list such as Congo, Niger and Turkey.

They also argue that immigrants can come into the U.S. without paying a cent.

“Let’s focus on economic rather that literally handing out tens of thousands of visas like lottery tickets, for free,” Fox contributor and former Utah GOP Rep. Jason Chaffetz said Wednesday.

Congress tried unsuccessfully several times since 2005 to end the program, including a 2007 attempt to cut off its funding.

Like Saipov, Hadayet entered the U.S. under the diversity visa program.