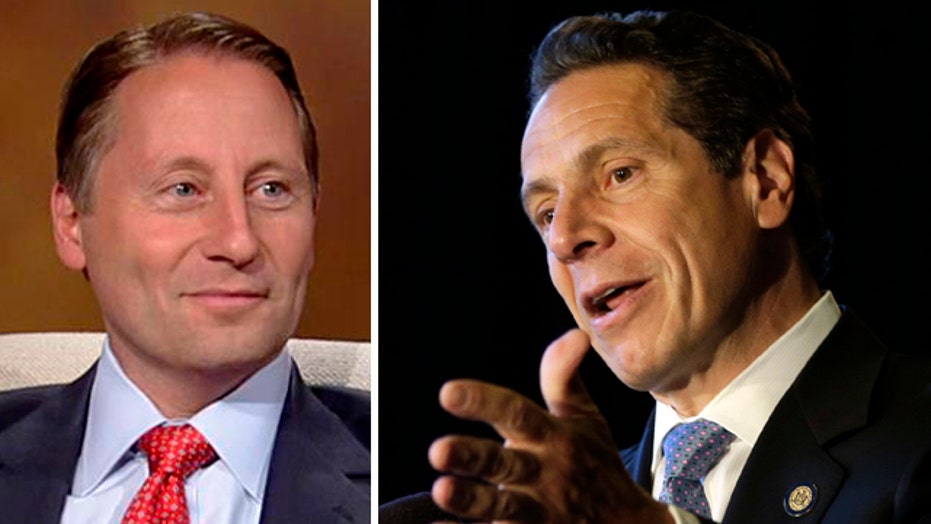 A decade ago, the paper’s first ombudsman, Daniel Okrent, said that of course the Times is a liberal newspaper, especially when it comes to “the social issues: gay rights, gun control, abortion and environmental regulation, among others. And if you think The Times plays it down the middle on any of them, you've been reading the paper with your eyes closed.”

But that inclination doesn’t mean the Times pulls its punches when it comes to investigating Democrats. That was true when the paper broke the story about Eliot Spitzer and prostitutes that led to the governor’s resignation. And it was doubly true in the last two days.

First up, the Times ran a devastating piece on John Walsh, the Montana Democrat who was appointed to the Senate in February and is running for election. Walsh is a decorated Iraq war veteran.

“But one of the highest-profile credentials of Mr. Walsh’s 33-year military career appears to have been improperly attained. An examination of the final paper required for Mr. Walsh’s master’s degree from the United States Army War College indicates the senator appropriated at least a quarter of his thesis on American Middle East policy from other authors’ works, with no attribution …

“Most strikingly, the six recommendations Mr. Walsh laid out at the conclusion of his 14-page paper, titled ‘The Case for Democracy as a Long Term National Strategy,’ are taken nearly word-for-word without attribution from a Carnegie Endowment for International Peace document on the same topic.”

And the explanations are painful. Walsh said he doesn’t think he plagiarized. An aide didn’t contest the allegation but said Walsh was going through a difficult time because a member of his unit had committed suicide — but that the senator didn’t seek treatment. Then Walsh contradicted her, saying he was being treated at the time for post-traumatic stress disorder, is currently on anti-depressants and is considering an apology to the scholars whose work he used.

I would not want to be his campaign manager, helping Walsh spin his way out of this, especially since he was already trailing his Republican opponent.

Exhibit No. 2 is this Times piece on how Andrew Cuomo set up a high-powered ethics commission, worked to undermine it and then recently abolished it.

The story starts with the withdrawal of a subpoena for a media firm that had placed millions of dollars in ads for the state Democratic Party, and an explanation from the panel’s chief investigator: “They apparently produced ads for the governor.”

“The pulled-back subpoena was the most flagrant example of how the commission, established with great ceremony by Mr. Cuomo in July 2013, was hobbled almost from the outset by demands from the governor’s office.

“While the governor now maintains he had every right to monitor and direct the work of a commission he had created, many commissioners and investigators saw the demands as politically motivated interference that hamstrung an undertaking that the governor had publicly vowed would be independent.”

Cuomo said in a statement that “a commission appointed by and staffed by the executive cannot investigate the executive. It is a pure conflict of interest and would not pass the laugh test.”

This was a three-month investigation by the Times, taking on a governor who has a huge lead for reelection this fall and who has generally been backed by the paper’s editorial page.

Will the media pursue this story, despite its complexity, with the same fervor devoted to the governor across the river, Chris Christie, and his George Washington Bridge traffic problems?

The Times should be regularly scrutinized for bias, given its agenda-setting impact on journalism and politics. But no one can say it won’t conduct serious investigations of Democrats.

As a footnote, Public Editor Margaret Sullivan examines why two stories didn’t make it into the paper — one a report saying that mass government surveillance is becoming a dangerous habit, the other a Human Rights Watch study finding that the FBI and Justice Department have created a climate of fear in some Muslim communities through the use of surveillance. Both were widely covered elsewhere.

Turns out that dropped balls were to blame in both cases — a miscommunication, a reporter on vacation, another who had an email go to spam — rather than some conspiracy in the top ranks.