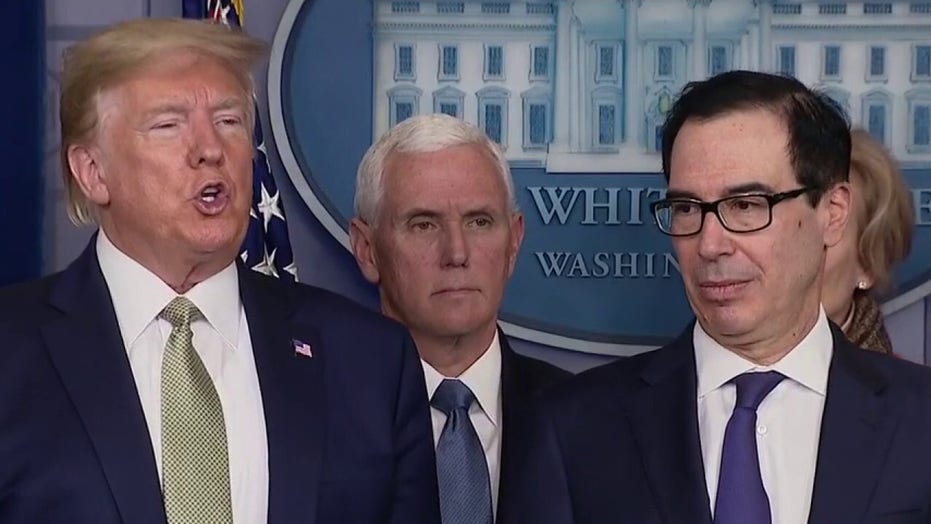 Fox News has learned that the Department of Homeland Security (DHS) is considering a plan that would turn away asylum seekers and anyone who has crossed the southern border illegally, in light of the novel coronavirus (COVID-19) outbreak.

The idea is currently being developed by DHS staff, but there is still more work to do to be done, before it's presented to President Trump for a final decision.

A DHS spokesperson told Fox News that the president has the authority to do whatever is necessary to protect the American public from this potentially deadly disease.

“President Trump is 100 percent committed to protecting the American people from coronavirus and all options are in the table," the official said.

WHAT'S IN THE CORONAVIRUS BILL BEFORE CONGRESS?

Trump has long been a strong proponent of stronger border security and has favored a targeted approach to limiting illegal immigration.

The U.S. Immigration and Customs Enforcement (ICE) falls under DHS and would be subject to carry out the directive if it were approved.

This news comes after the European Union (EU) chose to close the bloc's borders to most foreigners, on Tuesday.

The ban is expected to last for at least 30 days, with citizens of the United Kingdom, Norway, Liechtenstein, and Switzerland likely being exempt.