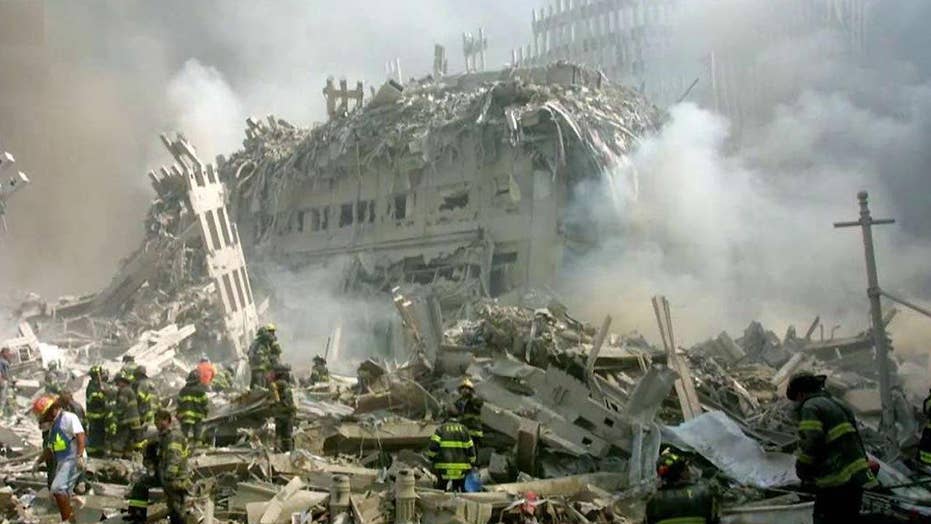 State and local law enforcement agencies around the United States are being urged to remain on high alert for potential terrorist activity leading up to the 15th anniversary of the Sept. 11 attacks.

The Department of Homeland Security, in an intelligence notification distributed on Monday and obtained by Fox News, warned law enforcement partners that terrorists – specifically those aligned with ISIS – “may be inspired or directed to conduct attacks against events associated with 9/11 memorial commemorations or other mass gathering targets timed to this date.”

The report notes the symbolism associated with the somber anniversary as a motivating factor for a potential terrorist attack.

The DHS Office of Intelligence and Analysis, which distributed the bulletin in coordination with the FBI, stated, however, that it is “unaware of any specific, credible information” of a plot against the U.S. homeland.

Despite there being no specific, credible threat, intelligence officials warn of terrorists’ demonstrated desire to conduct attacks within the United States. Those calls have come repeatedly via ISIS propaganda and its digital magazine Dabiq, and within the pages of Al Qaeda in the Arabian Peninsula’s (AQAP) magazine Inspire.

The intelligence notification specifically cited recent ISIS-inspired and directed attacks – from Nice, France to Orlando, Fla., to Istanbul, Turkey – as a caution to U.S. law enforcement agencies to remain vigilant in the face of an “ongoing heightened threat environment.”

The threat environment posed by homegrown violent extremists, in particular, has U.S. security officials working around the clock to identify and monitor individuals walking the path to radicalization. That job is made all the more difficult due to ISIS’ strong presence on the Internet and the “going dark” dilemma, in which ISIS operatives direct followers to encrypted apps in an effort to recruit, plot, and communicate under the nose of authorities.

“The challenge we face is that the advent of default, ubiquitous strong encryption is making more and more of the room that we are charged to investigate dark,” FBI Director James Comey told an audience of tech professionals at a cybersecurity conference in Washington, D.C., on Tuesday.

The DHS intelligence notification distributed Monday also warns authorities of the potential for domestic terrorist attacks aimed at Muslims or those perceived to be Muslims around the 9/11 anniversary. The bulletin cited recent federal cases where individuals targeted or sought to target mosques within the United States.

As recently as Aug. 27, the FBI arrested a Massachusetts man who had ambitions of detonating explosives in local mosques and murdering Muslims, according to court documents. The 48-year-old Holliston, Mass., resident also allegedly expressed his desire to assassinate President Obama and kill homeland security officers.

The theme prominent in the intelligence notification that spans both the international and domestic terrorism warnings is the urging of federal, state, and local authorities to share information on suspicious activity. The bulletin called on law enforcement partners nationwide to distribute suspicious activity up the chain so that it can ultimately “advance law enforcement’s situational awareness, analytical pursuits, and FBI investigations.”