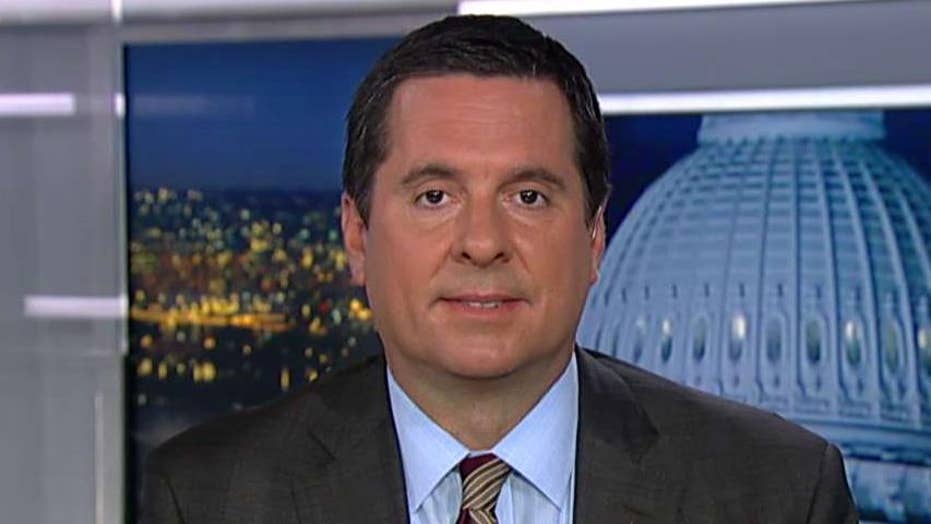 Rep. Devin Nunes accused the FBI of having "something to hide" when it comes to Joseph Mifsud, a Maltese academic who became a key figure in the investigation into Donald Trump's 2016 presidential campaign.

"He is the first person that we know of on earth that supposedly knows something about the Russians having Hillary's emails," Nunes, R-Calif., said on "Fox News @ Night."

"He has since denied that but (Special Counsel Robert) Mueller in his report claimed that Mifsud - or insinuated that Mifsud - was some sort of Russian asset. We know that this is not the case. In fact, we know that he was in the U.S. Capitol... just steps away from an intelligence committee."

Republicans have been pushing for the release of key documents pertaining to the origins of the FBI counterintelligence probe into the Trump campaign's possible collusion with Russia.

Nunes, a ranking member on the House Intelligence Committee, told Fox News that the has sent letters this month to the CIA, FBI, NSA and the State Department asking for documents tied to Mifsud. He said all of the agencies except one - the FBI - have cooperated with his request.

He then made the leap, "The FBI is not cooperating, per usual, which means they've got something to hide."

"It is impossible that Mifsud is a Russian asset," Nunes added. "He is a former diplomat with the Malta government. He lived in Italy. He worked and taught FBI, trained FBI officials, and worked with FBI officials."

The Mueller report states that Mifsud traveled to Moscow in April 2016. He then met Papadopoulos in London. It was allegedly at this meeting that Mifsud told Papadopoulos that he had "dirt" on Clinton. Papadopolous repeated this claim to an Australian diplomat who in turn told the U.S. government, which prompted the investigation into Trump's campaign.

Papadopulos told investigators that Mifsud talked to him about Russia having thousands of Clintons emails. Mifsud denied the claims. In October, Papadopoulos pleaded guilty to lying to the FBI.

Nunes, though, believes that the FBI is covering up what it knows about Mifsud and used flimsy information to go after the Trump campaign. 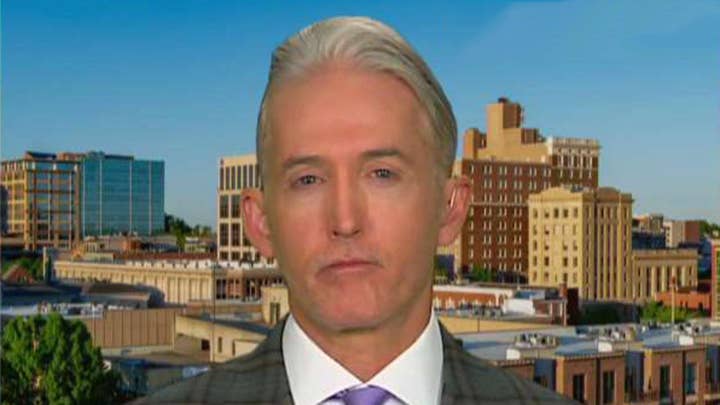 Nunes also weighed in on provocative comments made by former Rep. Trey Gowdy. The ex-South Carolina lawmaker and current Fox News contributor said unreleased transcripts from secretly recorded conversations between FBI informants and Papadopoulos could be "game-changing" if the public were ever allowed to see them.

Gowdy did not go into detail but Nunes believes he was talking about "exculpatory evidence on Papadopoulos."

Nunes also said he sent eight criminal referrals to the Department of Justice concerning alleged misconduct from "Watergate wannabes" during the Trump-Russia investigation, including the leaks of the "highly classified material" and conspiracies to lie to Congress and the Foreign Intelligence Surveillance Act (FISA) court.