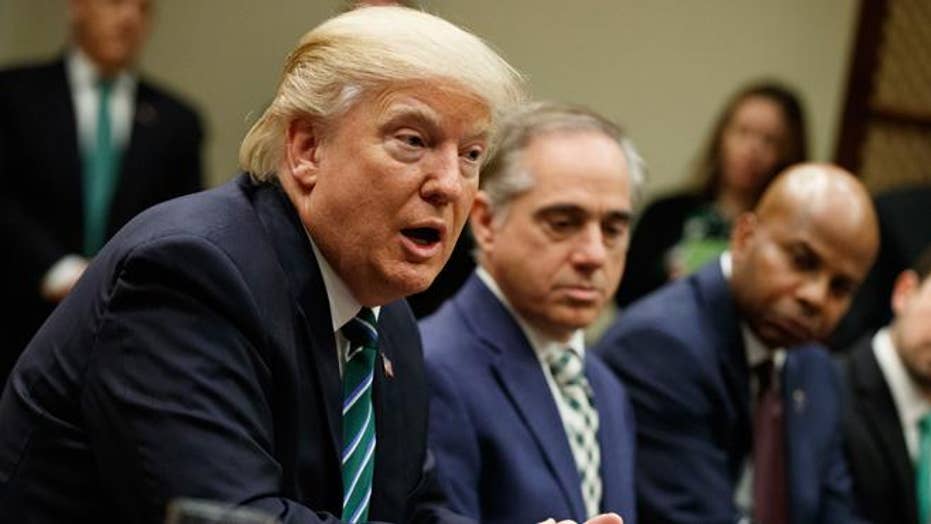 President Trump's proposed cuts to the popular "Meals on Wheels" program have prompted dire warnings -- but they appear to ignore the fact that only a fraction of the program's national budget comes from the government.

A glance at "Meals on Wheels America's" 2015 financial statement shows the program brought in just over $7.5 million in funding that year, mainly from corporate and foundation grants making up $5.15 million.

"Meals on Wheels America" clarified that that number is for its membership organization, and that actual services are provided by a network of local community-run programs that receive roughly 35 percent of their funding from the federal government via the Department of Health and Human Services's Older Americans Act Nutrition Program. However, there has been no information yet on whether that program will be affected by possible cuts to HHS.

Regardless, the potential cuts to "Meals on Wheels" fed into the outrage Thursday over a multitude of reductions that the president has in store. Trump's budget blueprint calls to slash programs within the State Department and Environmental Protection Agency, among others, in order to pump more money into defense.

Proposed cuts to the federal housing department include abolishing the Community Development Block Grant – a portion of which goes to fund the program delivering meals to the homebound elderly.

"Meals on Wheels America" also noted that the eliminated of the CDBP and another grant could also hit local services as some states direct grant funds to local Meals on Wheels groups.

While Trump's proposal is likely to be debated and significantly altered by Congress, media voices quickly pounced on "Meals on Wheels" as a central storyline to Trump’s budget.

I am sick to my stomach- Trump to completely eliminate program that funds Meals on Wheels- which feeds seniors. https://t.co/tRqpL8Sx7L

Seriously, what kind of person wakes up in the morning thinking, let's cut Meals on Wheels! And Sesame Street!!? Unreal. #TrumpBudget

“Meals on Wheels?!” he asked rhetorically. “How dead inside do you have to be to not want old people to get food? Your heart is so small it makes your tiny hands look like catcher’s mitts.”

Twitter erupted with questions about Trump's mental state for his supposed desire to starve the elderly.

CNN’s Jim Acosta asked Budget Director Mick Mulvaney at the White House press briefing Thursday if his was a “hard-hearted budget.” When Mulvaney responded that he actually thought it was a compassionate budget, Acosta countered: “To cut programs that help the elderly and kids?”

Mulvaney also angered supporters of the program by suggesting it wasn't showing results.

"Meals on Wheels sounds great ... but to take the federal money and give it to the states and say, look, we want to give you money for programs that don't work -- I can't defend that anymore," he said. "We're $20 trillion in debt."

This accusation has now been leveled at Trump, who has also proposed nixing funds to the Corporation for Public Broadcasting, by which PBS gets tax money -- though Big Bird is currently nesting along with Cookie Monster and Elmo at the privately owned HBO.