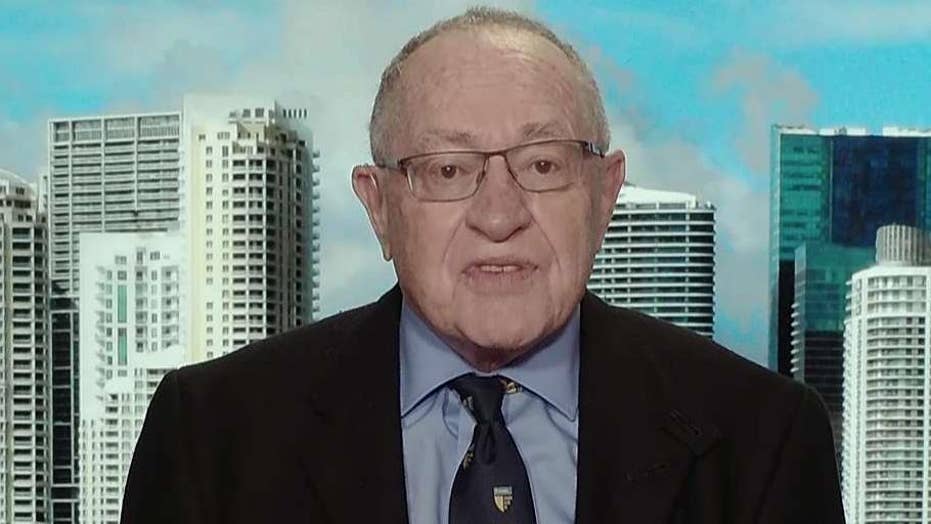 Alan Dershowitz: Mueller not unequivocally exonerating Trump is a cop out

Former Harvard law professor Alan Dershowitz said Monday on “Fox & Friends” that while Robert Mueller got most things right in his report on possible collusion between the president and Russia, he ultimately “hedged” and left the report open for political debate.

“Two cheers for Mueller… He was right about collusion or conspiracy and he was right in the end about obstruction, not bringing any charges. But he was wrong not to say unequivocally ‘look we looked at the evidence and there is no case for obstruction,’” Dershowitz said.

“There is no case for obstruction. You can’t obstruct justice if you engage in your constitutionally authorized acts.  Firing, pardoning, helping the Justice Department make decisions. That should have been the end of the inquiry."

The letter stated that Mueller did not establish evidence that President Trump's team or any associates of the Trump campaign had conspired with Russia to sway the 2016 election -- "despite multiple offers from Russian-affiliated individuals to assist the Trump campaign."

“Same thing is true here, the Republicans are saying vindication, the Democrats are saying this is an invitation to more investigations.”

Dershowitz added, “That’s not what prosecutors are supposed to do, they’re supposed to decide up and down, indict or not indict and then shut up. That’s it. Move on.”

The attorney also spoke out against critics who have maligned him over his analysis of the Trump investigation. Dershowitz, who describes himself as a liberal Democrat who voted for Hillary Clinton, defended himself saying “I call them as I see them.”

“What they want is to distort the facts and the law to come out against Trump,” Dershowitz said.