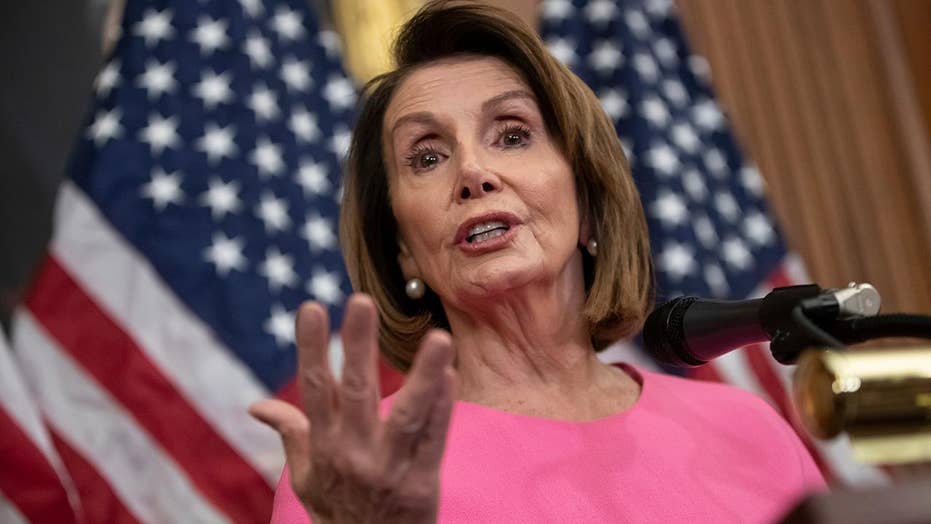 The incoming chairman of the House Intelligence Committee this week said that when the new Congress is seated in January, Democrats plan to scrutinize whether President Trump abused his authority by taking adverse action against retail giant Amazon and two of his bitter left-leaning media rivals: CNN and The Washington Post.

Rep. Adam Schiff, D-Calif., said in an interview with "Axios on HBO" that he and his colleagues will employ committee subpoena powers -- which are backed by the legal threat of contempt of Congress -- to conduct the triple-threaded inquiry into Trump's possible use of the "instruments of state power to punish the press."

Specifically, Schiff charged that Trump "was secretly meeting with the postmaster [general] in an effort to browbeat" her into "raising postal rates on Amazon," whose founder and CEO, Jeff Bezos, separately owns The Washington Post.

"This appears to be an effort by the president to use the instruments of state power to punish Jeff Bezos and The Washington Post," Schiff said in the interview.

The president signed an executive order earlier this year mandating a review of what he called the "unsustainable financial path" of the United States Postal Service (USPS). And he has reportedly met with Postmaster General Megan Brennan several times to push for hikes to the shipping rates paid by companies like Amazon, although there are no indications he did so to seek political payback.

Trump has long derided the political coverage at the Post, which is fiercely and relentlessly criticial of the White House, as a lobbying tool for Bezos. Most recently, the White House has contradicted the Post's unequivocal reporting that it had shared a "doctored" video of CNN reporter Jim Acosta making contact with a White House intern during a press conference last week, as a Buzzfeed analysis suggested the changes in the video could have resulted inadvertently from the conversion of the footage to the lower-fidelity .gif format commonly used on Twitter.

But Trump has also feuded specifically with Amazon throughout the year, saying it is taking advantage of taxpayer-subsidized shipping rates.

In March, he argued in a series of tweets that the online retailer’s “scam” shipping deal with the USPS -- which affords Amazon generous discounts  -- is costing the agency “billions of dollars.”

While the USPS has lost money for 11 years, Trump's critics have claimed that package delivery -- which has been a relative bright spot for the service as it competes in that space with UPS and FedEx -- is not the main reason. Boosted by e-commerce, the Postal Service has experienced double-digit increases in revenue from delivering packages despite offering discounts to retailers, even as the agency is hit with significantly increased mandatory pension and health care costs, as well as precipitous declines in first-class letters and marketing mail.

But it could be that the USPS is undercharging Amazon for its services. Although federal law ostensibly requires that the USPS' deals with Amazon be at least a break-even proposition for the government, the agency's profits from parcel deliveries are difficult to accurately calculate, owing to its complicated hybrid-monopoly structure and accounting documents that raise questions as to its actual costs.

Schiff also raised the possibility that the Trump administration's opposition to AT&T's $85 billion takeover of Time Warner on antitrust grounds may have been motivated by the president's animus toward CNN, whose parent company is Time Warner. Trump frequently claims that CNN speads "fake news" and that when it does so, it is acting as the "enemy of the people."

"We don't know, for example, whether the effort to hold up the merger of the parent of CNN was a concern over antitrust, or whether this was an effort merely to punish CNN," Schiff said, without offering evidence.

WHAT ARE THE MAJOR LEGISLATIVE BATTLEGROUNDS BETWEEN DEMS, GOP IN 2019?

"It is very squarely within our responsibility to find out," Schiff said. Along with incoming House Oversight Committee Chairman Rep. Elijah Cummings, D-Md., and other top Democrats, Schiff will have a mandate to serve a slew of subpoenas on the Trump administration.

But former GOP Judiciary Committee Chairman Jason Chaffetz, who is now a Fox News contributor, told Politico in October that Cummings and Schiff shouldn't get their hopes up.

“If [North Carolina Rep.] Mark Meadows and [Ohio Rep.] Jim Jordan can’t get documents out of the White House, I don’t know why Elijah Cummings and the Democrats think they’ll do any better,” Chaffetz said.

Still, Democrats had signaled even before last week's midterm elections that they would aggressively investigate the Trump administration if they took power in Congress. Bogging down the White House with burdensome document requests and subpoenas could indeed backfire, political analysts tell Fox News, but there is little doubt that the strategy -- made more viable by heightened partisanship and loosened congressional norms -- would impair Republicans' messaging and even policy goals for the next two years.

House Democratic Leader Nancy Pelosi of Calif., speaks to a crowd of volunteers and supporters of the Democratic party at an election night returns event at the Hyatt Regency Hotel, on Tuesday, Nov. 6, 2018, in Washington. (AP Photo/Jacquelyn Martin)

"Well, we are responsible," House Minority leader Nancy Pelosi, who is campaigning to reclaim her role as House speaker, said Sunday on CBS' "Face the Nation." "We are not scattershot. We are not doing any investigation for a political purpose, but to seek the truth. So I think a word that you could describe about how Democrats will go forward in this regard is we will be very strategic."

But Pelosi has previously suggested that she would, indeed, use the threat of subpoenea for political gain.

“Subpoena power is interesting, to use it or not to use it,” Pelosi said at a conference in October, referring to the authority of House committees to summon individuals and organizations to testify or provide documents under penalty of perjury. “It is a great arrow to have in your quiver in terms of negotiating on other subjects." She added that she would use the power "strategically." (Trump has flatly called Pelosi's plan "illegal.")

On Election Day, Pelosi vowed to “restor[e] the Constitution’s checks and balances to the Trump administration" by enhancing transparency and accountability. But Trump last week signaled he had no patience for that approach, which he characterized as an expensive folly.

"If the Democrats think they are going to waste Taxpayer Money investigating us at the House level, then we will likewise be forced to consider investigating them for all of the leaks of Classified Information, and much else, at the Senate level. Two can play that game!" Trump tweeted.