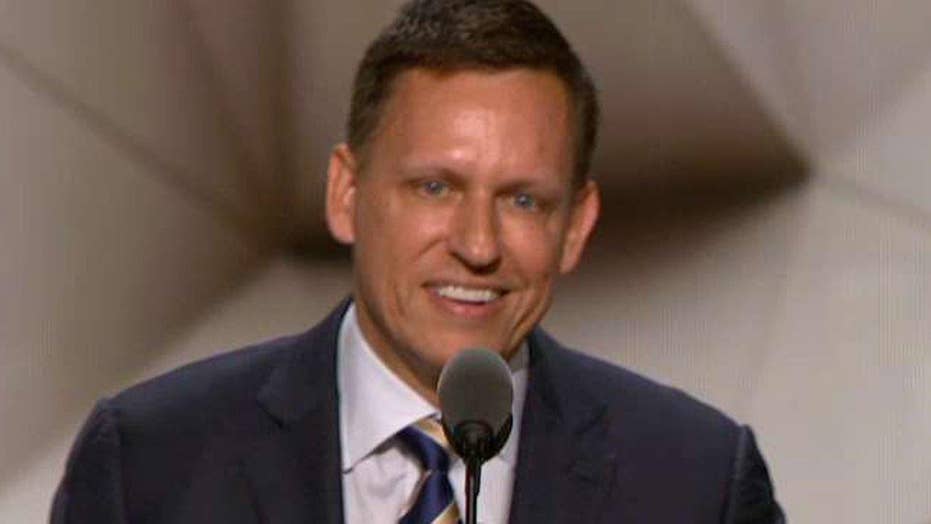 Peter Thiel: I'm proud to be gay, Republican and American

Months after businessman Peter Thiel made history as the first openly gay speaker to address his sexuality from a Republican convention podium, and mere hours after it emerged President-elect Donald Trump was considering an openly gay man for U.N. ambassador, the leader of a prominent gay conservatives group was still fielding calls from worried members of the LGBT community.

Given the media coverage that’s greeted Trump’s victory a week ago, it’s not too difficult to see where the worries originate: The New York Times wrote about the billionaire’s election as “a devastating loss” for the gay community; Mother Jones ran a piece on rising calls to LGBT suicide prevention hotlines; Senate Minority Leader Democrat Harry Reid issued a statement Friday citing accounts of “gay and lesbian couples having slurs hurled at them and feeling afraid to walk down the street holding hands.”

But gay conservative leaders like Angelo suggest that level of alarm doesn’t seem to square with the rhetoric and actions emanating from Trump and his campaign.

BARRON: TRUMP WILL BE FRIEND, ADVOCATE FOR LGBT COMMUNITY

Aside from Thiel’s well-received convention speech, the Silicon Valley billionaire was named to the executive committee of Trump’s presidential transition team. Ric Grenell, a former diplomat and a Fox News contributor, reportedly is on the short list to be U.S. ambassador to the U.N. – which would make him the first openly gay person to serve in that role.

Trump said in April that transgender individuals should “use the bathroom that they feel is appropriate,” and he counts transgender celeb Caitlyn Jenner as a supporter. In a "60 Minutes" interview Sunday, Trump declared the issue of marriage equality to be “settled.”

One of Trump’s most noteworthy outreach efforts came July 21 at the Republican National Convention, in the aftermath of the June terrorist attack on Florida gay nightclub Pulse. Delivering his nomination acceptance speech, Trump assured those listening, “As your president I will do everything in my power to protect LGBTQ citizens.”

The convention crowd cheered at the line, prompting Trump to deliver an off-script aside: “I must say, as a Republican it’s so nice to hear you cheering for what I just said.”

Such remarks were a break from traditional Republican rhetoric.

Critics – and even those willing to give Trump a chance, like Angelo – do have lingering gripes with Trump and his party, however, on gay rights issues.

Vice President-elect Mike Pence, who’s expected to wield a great deal of power and currently is leading the transition team, has long been a target of LGBT activists. As Indiana governor, Pence signed a religious freedom law that was strongly opposed by the LGBT community, and it was only after significant criticism that Pence signed an amendment to protect gays and lesbians. Pence has previously supported a constitutional amendment to define marriage as being between a man and a woman, opposed an employment non-discrimination act, opposed the repeal of “Don’t Ask, Don’t Tell” and has stood against allowing transgender individuals to use the bathroom of the gender they associate with.

The official platform of Trump’s party, too, is opposed to same-sex marriage and transgender bathroom laws.

But despite the sometimes conflicting agendas, Angelo sees opportunity.

“What you’re seeing, if you look big picture, is an effort to bring together not just wings of the GOP, but parts of America that were traditionally viewed as incompatible,” Angelo said. “That’s something that makes me very optimistic.”

Before the election, Grenell wrote in The Washington Times: "No other Republican Presidential nominee in history has embraced the LGBT community in such a loud and proud way."