Democrats want to give citizenship to millions of illegal immigrants

Congressional Democrats on Thursday will unveil a sweeping immigration bill, backed by President Biden, that includes a path to citizenship for millions of illegal immigrants -- although the plan faces tough odds in the Senate.

The U.S. Citizenship Act of 2021 is close to a proposal announced by the White House on Biden’s first day in office. The biggest ticket item is an eight-year path to citizenship for illegal immigrants -- which the White House has estimated to be 11 million.

But it’s just one of a number of items in a broad bill that would also see illegal immigrants farmworkers, Temporary Protected Status (TPS) recipients and Deferred Action for Childhood Arrivals (DACA) recipients immediately eligible for green cards. There would also be funding for counsel for children and vulnerable adults.

It would also open up legal pathways to immigration even further, including expanding the controversial green card lottery from 55,000 a year to 80,000 a year and exempting children and spouses from visa cap numbers.

The bill would "recapture" unused visas from previous years to help clear backlogs, and increase visa caps. It also scraps the "unlawful presence bars" -- bans on legal re-entry to the U.S. for those who have been in the country unlawfully.

Separately the bill also includes $4 billion in funding to target what the administration describes as "root causes" for migration from south of the border. Administration officials told reporters that it includes cracking down on bad actors in the region and enhancing the ability to prosecute traffickers -- including expanding anti-gang task forces. It would also set up refugee processing centers in Central America.

The bill contains significantly less on border security than previous efforts on bipartisan immigration reform, including funding for technology to expedite screening and enhance the ability of officials to identify contraband.

The bill, expected to be introduced in the House later Thursday, faces decent chances of passage in that chamber but a dim future in the Senate -- where it would need 10 Republican votes to pass.

Sen. Bob Menendez, D-N.J., who will unveil the bill on Thursday along with other lawmakers from both chambers, has described it as a "Herculean" task to get through the chamber.

Senate GOP leader Mitch McConnell recently called it a "massive proposal for blanket amnesty that would gut enforcement of American laws while creating huge new incentives for people to rush here illegally at the same time" while even Sen. Marco Rubio, R-Fla., who was part of the 2013 "Gang of Eight" dismissed it as a non-starter. 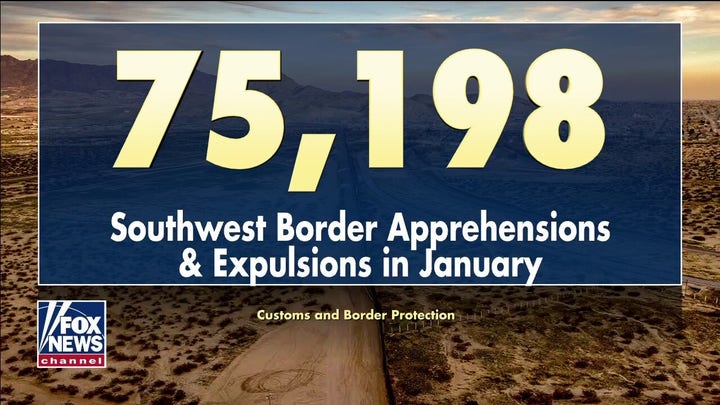 Sen. Lindsey Graham, R-S.C., has suggested a more limited bill that focuses on DACA recipients, proposing it with Sen. Dick Durbin, D-Ill., and describing it as "a starting point for us to find bipartisan breakthroughs providing relief to the Dreamers and also repairing a broken immigration system.

The White House has indicated it is open to negotiation and to the bill being broken up and passed in parts.

White House press secretary Jen Psaki told reporters last week that the comprehensive bill would be presented soon "but Congress will have to work through what it looks like moving forward, and what components will be included here and what components could be dealt with separately."