NRA, lawmakers at odds over Violence Against Women Act

Congressional Democrats and the NRA are at odds over a provision of Democrats' Violence Against Women Act that would keep people with certain criminal convictions from getting guns.

In what has been referred to as the “boyfriend loophole,” those convicted of abusing or stalking a partner would be blocked from owning a gun.

On Wednesday’s “The Story with Martha MacCallum,” Rep. Debbie Dingell, D-Mich., a co-author of the provision, and NRA spokeswoman Dana Loesch weighed in on both sides of the debate.

Dingell cited statistics pointing to a heightened risk of death among those involved in domestic abuse situations.

“We’re not taking away anyone’s due process, they’ve already been convicted.” Dingell told MacCallum. “We are closing a loophole. And if you could save a life, shouldn’t you?”

The Democratic congresswoman dismissed the argument that her provision is “too broad” and said she is “trying to use common sense.”

COLORADO SHERIFF FIGHTING PROPOSED GUN LAW: IT HAS 'SO MANY CONSTITUTIONAL QUESTIONS' 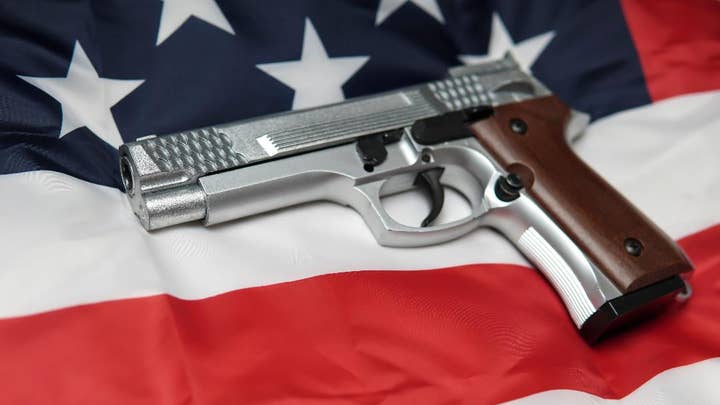 Loesch responded to Dingell by acknowledging that she, too, had experienced domestic violence, but disputed the “common sense” of the congresswoman’s provision and pointed to existing laws.

“We have so many provisions within the legal system, within the justice system that deal with stalking,” Loesch elaborated. “So this idea that there isn’t any recourse for this is simply false.”

The NRA spokeswoman argued that the lawmakers pushing for this provision are the “same lawmakers that say they want to empower women, but yet they’re working to diminish due process for men and women and working to disarm us.”

“I wish they could get on the same page as our members and fast-track concealed-carry license applications for women who have survived domestic violence situations, because so far, these champions of women refuse to do that,” Loesch added.