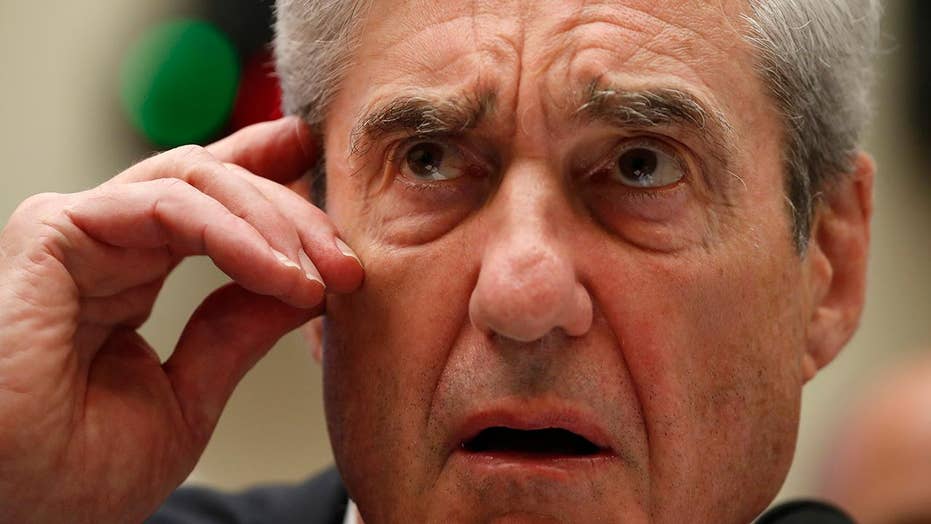 Chris Staszak, Jessica Tarlov and Jeff Mason weigh in on Robert Mueller's 'performance' before the House Intelligence and Judiciary Committees.

They came unglued this week on Capitol Hill.

But first, they needed help from the Washington, DC Fire Department and U.S. Capitol Police.

No. No. We’re not talking about Members of Congress brawling over the testimony of Special Counsel Robert Mueller.

This is about a cadre of environmental protesters who used Super Glue - or some other fast-drying adhesive - to paste themselves to doors and walls of subterranean passageways linking the House office buildings with the U.S. Capitol. The demonstrators clasped hands with one other and then epoxied themselves in the doorjambs. They also draped yellow caution tape around their bodies and donned signs, declaring that the tunnels were closed.

The protesters glued themselves to the walls.

So, when the House called votes Tuesday night, summoning lawmakers to the floor, the demonstrators were stuck. The environmental activists could harangue lawmakers about climate change – forcing the members to contort their bodies around them, en route to the Capitol.

The lawmakers had to listen. That’s because the Capitol Police couldn’t immediately pry everyone off the walls and doors and arrest them for disrupting the peace. So, the demonstrators had a captive audience with lawmakers, even though some circumnavigated the glue crew.

Or should that be Gorilla Glue tactics?

After emergency crews extricated everyone, the Capitol Police arrested 17 persons, charging them with crowding and obstructing. Police charged another 15 with resisting arrest. Despite questions, the protesters still wouldn’t reveal the substance they used to stick their hands to the doors.

It’s often said that people in Washington sometimes don’t want to “leave their fingerprints” on things. There are backdoor efforts to kill legislation. Unattributed quotations appear in newspapers. Tidbits of political information, disseminated without trail of bread crumbs. All “without fingerprints.”

But these protesters indeed left their fingerprints.

The next day, the glue-ey outline of palm prints, remained embossed on several doors in the basement of the Rayburn House Office Building.

The demonstrators made a lasting impression.

House Democrats long wanted to make an imprint on the nation’s political psyche with what they view as the misdeeds and corruption of President Trump. They believed the report released in the spring by Special Counsel Robert Mueller would help them make their case. But we live in a visual society. A world where complex issues are distilled - and sometimes diluted – into memes, soundbytes and emojis.

Democrats thought a public appearance by Mueller would help breathe life into their pursuit. Animate the words on the page – much the same way actors, directors and lighting technicians metamorphose the words of a screenplay into a summer blockbuster. 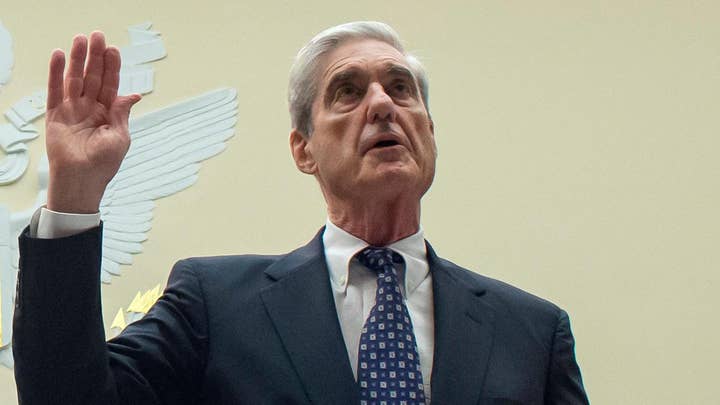 So Democrats knew they had a chance to make an impact with Robert Mueller.

The numbers are now in for the Mueller hearing. Despite the hype, the Mueller spectacle only scored 13 million. Many Democrats concede Mueller’s performance was stale and sluggish.

“Some have argued that because Mueller was reluctant to testify and seemed older than many remembered, his work is somehow diminished,” said House Judiciary Committee Chairman Jerry Nadler, D-N.Y. “It is not.”

Rep. Eric Swalwell, D-Calif., serves on both the Judiciary and Intelligence Committees, the two panels which heard from Mueller. The California Democrat dismissed Mueller’s lack of pizazz.

“If you show up expecting a Broadway show, I’m sure you may have been disappointed,” said Swalwell.

The House voted last week to block an effort by Rep. Al Green, D-Texas, to debate articles of impeachment. But Green hoped that Mueller’s testimony would “inspire” his colleagues to support impeachment of the President.

“Some persons were hoping for a seminal moment. A ‘wow’ moment. It didn’t happen,” conceded Green.

But he added “Public sentiment will change once we start impeachment.”

One Congressional source likened Green’s strategy to the old mantra about passing Obamacare: Congress had to pass it first before people could know what’s in it.

Congressional Democrats hoped to enliven the printed words of Mueller on Wednesday. Anyone in Hollywood will tell you how critical the performance of a big star can make or break a movie. They “carry the show.” Democrats may have pried critical information and context out of Mueller during the hearings. But Mueller’s lackluster testimony wasn’t a game changer.

Still, House Speaker Nancy Pelosi, D-Calif., portrayed the day as “historic. She characterized the events as “the crossing of a threshold.”

Pelosi beamed as she walked into a press conference with Nadler and others after the Mueller hearings concluded Wednesday night. But some argued she was actually smiling more inside. Some believed the hearing went so poorly for Democrats that impeachment was now off the table. One source suggested Pelosi was actually the winner, as she wouldn’t have to pursue a divisive issue like impeachment now. Pelosi said as much to Nadler and other liberals advocating impeachment behind closed doors just moments before.

But the problem for Democrats is they lack a “wow” moment, as Green said. They need something which will “stick” to President Trump. Something that “leaves an impression.” Something which stands out.

The environmental protesters glued to the walls made a lasting impression. Their demonstration was audacious. Their gluey handprints remained prominent on Congressional walls and doors the next day.

The message of the climate change protesters may have stuck with lawmakers more than the testimony of Robert Mueller. 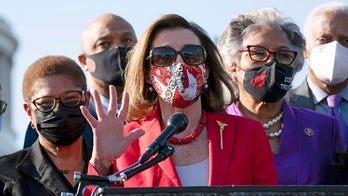