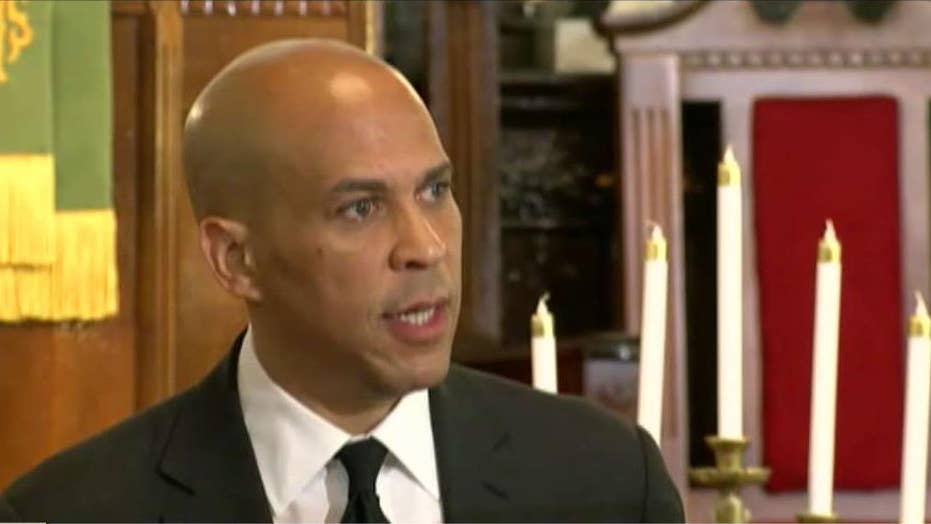 Democrats are not ceding the religious vote to Republicans.

Last week, presidential candidate Sen. Cory Booker unabashedly quoted from the New Testament during an appearance at Emmanuel AME Church in Charleston, S.C. He said, "Galatians 6:7 reads, 'Do not be deceived, God is not mocked.'"

A few weeks ago, South Bend, Ind. Mayor Pete Buttigieg proudly proclaimed, "I am walking the way of a religious progressive."

Both candidates have reportedly hired faith advisors for their presidential campaigns as Democrats work to appeal to a different kind of faith voter.

Michael Wear,  author of "Reclaiming Hope" and a former faith advisor to President Barack Obama, said, "Some candidates are going to do better among some slices of religious America than others, and I think that’s a healthy thing. It shows that these candidates are running with a level of authenticity to who they are and what their approach to the campaign is."

In 2016, the evangelical vote helped Donald Trump win the White House. About 80 percent of white evangelicals voted for him. And while the Republicans have cornered the religious market on pro-life issues and traditional marriage, Pastor Jim Wallis, founder of Sojourners magazine and a political activist, said there are other faith issues Democrats can claim.

But conservatives like Tony Perkins, of the Family Research Council, point to Democrats' support of a bill in Congress that he said emphasizes LGBTQ and abortion rights at the expense of individuals' religious freedoms. Called HR 3222, the bill, he said, renders powerless the 25-year-old Religious Freedom Restoration Act.

"Back in 1993, when it was passed and signed by President Bill Clinton, it was unanimously adopted. I think it was a couple of votes against it, that was it," Perkins said. "Republican, Democrat, independent supported it. But now, in this age of this new human sexuality, the advancement of abortion rights, the influence of Planned Parenthood on Democratic party they...want to kill RFRA. They want to gut it."

Perkins sees this bill as a huge stumbling block for Democrats in reaching out to religious voters.

"People who follow the Bible, that believe the Bible gives direction to our lives, are not going to be deceived by the rhetoric," Perkins said. "They’re going to look at the record."

But Wear, who hosts a podcast on faith and politics called Faith 2020, said, "I think what we’re seeing is America’s a very diverse country religiously, and that different religious groups sort of relate to politics in different ways. I think it’s incumbent on all politicians speaking as a Democrat, it’s incumbent on the Democratic party, to reach out to every religious community in America and make the best case that we can for their votes. I hope the Democratic candidates do that in 2020."

But if there is one thing that both religious liberals and conservatives agree on, regardless of who wins or loses, who's ahead or behind in the polls: God does not belong to any political party.