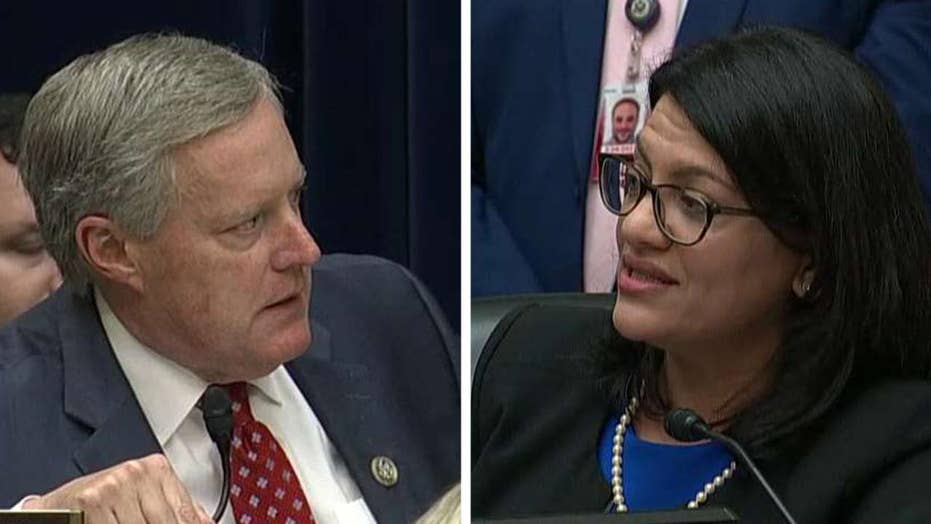 Tlaib, D- Mich., was addressing the chamber when she turned her remarks to a Trump employee who'd been invited to the hearing by Meadows, R-N.C.

“Just because someone has a person of color, a black person working for them, does not mean they aren’t racist and it is insensitive that some would even say, the fact that someone would actually use a prop, a black woman in this chamber, in this committee, is alone racist in itself.”

An emotional Meadows fired back, saying Lynne Patton, a Trump aide and official at the Department of Housing and Urban Development, wanted to be present in support of President Trump. He asked that Tlaib's remarks be stricken from the record.

“My nieces and nephews are people of color. Not many people know that. You know that, Mr. Chairman. And to indicate that I asked someone who is a personal friend of the Trump family, who has worked for him, who knows this particular individual (motioning to Cohen), that she’s coming in to be a prop -- it's racist to suggest that I asked her to come in here for that reason."

“I want to make sure I understand, you were not intending to call Mr. Meadows a racist, is that right?” Cummings asked. 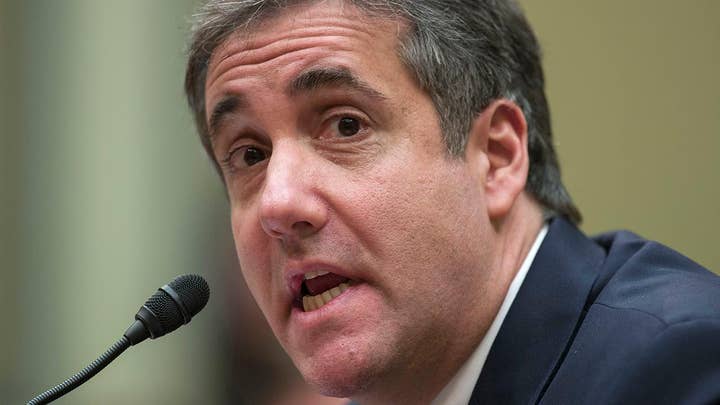 “No, Mr. Chairman, I did not call Mr. Meadows a racist. I am trying as a person of color just to express myself and how I felt at that moment, and so, just for the record, that was my intention.”

Meadows continued to defend his decision to invite Patton.

“She came in because she felt like the president of the United States was getting falsely accused, and Mr. Chairman, you and I have a personal relationship that’s not based on color. And to even go down this direction is wrong.”

Cummings thanked Meadows for his remarks, adding that the pair are best friends but that he did not believe Tlaib was calling Meadows a racist.

“Of all the people on this committee, I’ve said it and gotten in trouble for it but you are one of my best friends,” Cummings said. “I could see and feel your pain. I feel it. And I don't think Ms. Tlaib intended to cause you that, that kind of pain and that kind of frustration.”

Tlaib added this: “That was not my intention, and I do apologize if that's what it sounded like. But I said someone in general, and as everyone knows in this chamber I’m pretty direct. So if I wanted to say that, I would’ve -- but that's not what I said.”

Meadows thanked the chamber before withdrawing his earlier motion to have her remarks stricken from the record.