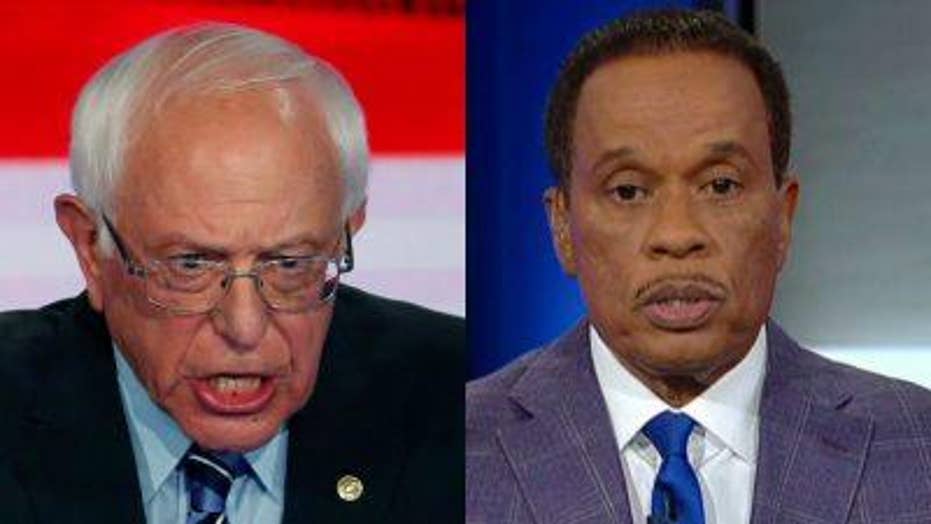 Democratic presidential candidate Sen. Bernie Sanders, I-Vt., appears to be losing traction to another progressive running in 2020, according to Juan Williams.

Sen. Elizabeth Warren, D-Mass., seems to be increasing in popularity and taking Sanders' place in the conversation, Williams claimed Friday on "The Five."

"She's been leap-frogging him," Williams said of Warren.

"I think these two nights really seal that that it's her moment. She's got that lane in terms of left-wing Democratic Party politics.

He added Rep. Eric Swalwell, D-Calif., did not look comfortable on the dais Thursday.

"When you look at someone like Swalwell, I think he looked stiff," he said.

DAVID AXELROD SAYS BIDEN SEEMED 'CONFUSED' AT DEBATE, SEEMED 'PART OF THE PAST'

"I think the field is too big," he said.

"So you get people who shouldn't be on the stage."

For his part, Sanders verbally swiped at Swalwell following Thursday's debate, after the California Democrat told former Vice President Joe Biden to "pass the torch" to a younger generation of candidates.

Following the debate, Sanders was asked about the "generational argument" that is being made by folks like Swalwell.

"I think that's kind of ageism to tell you the truth," Sanders responded.