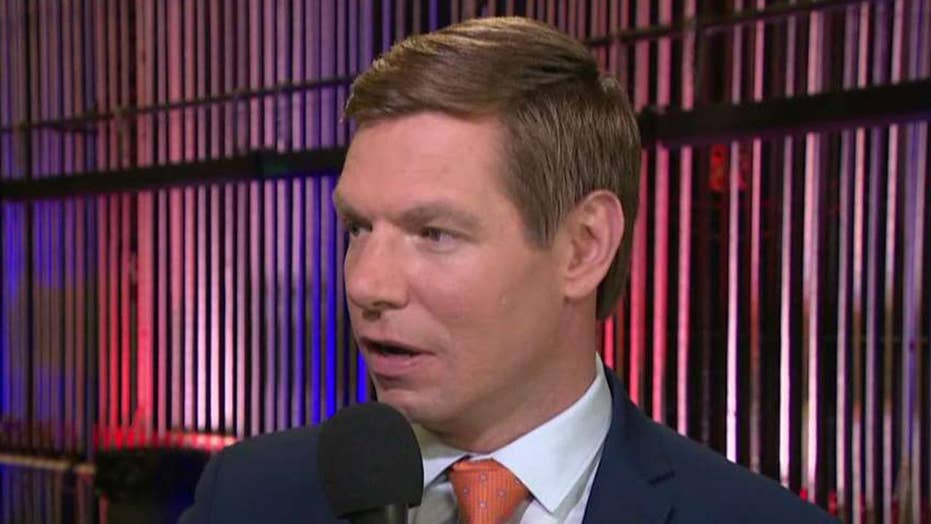 Sen. Bernie Sanders, I-VT, accused Rep. Eric Swalwell, D-Calif, of "ageism" for his swipe at the seasoned presidential candidates to "pass the torch" to a younger generation of leaders.

The 38-year-old congressman scored a memorable moment from Thursday's Democratic primary debate when he took aim at former President Joe Biden by using the 76-year-old frontrunner's own rhetoric against him.

"I was six years old when a presidential candidate came to the California Democratic Convention and said ‘it’s time to pass the torch to a new generation of Americans.’ That candidate was then-Senator Joe Biden,” Swalwell said. “Joe Biden was right 32 years ago, and he’s still right today.”

Following the debate, Sanders was asked about the "generational argument" that is being made by folks by Swalwell.

"I think that's kind of ageism to tell you the truth," Sanders responded. "And I think what we're trying to do and all of us are trying to do is to end discrimination in this country against women, against minorities, against the LGBT community, and I think ageism as well."

He continued, "It doesn't matter if you're old, you're young, you're black, you're white, woman, man, you've got to take a hard look at the candidates and what they stand for and what their record has been."

Sanders later insisted it's "not right" to criticize candidates for being "too young" and that everyone should be judged by the "totality" of who they are.