Sen. Elizabeth Warren, D-Mass., appears to be the only top-tier Democratic candidate featured on the first of the two-night debates, according to Jesse Watters.

Warren's position in the randomly selected debate placements puts her in a unique spot, Watters claimed Friday on "The Five."

"With Liz Warren, it could go either way," he said. "She could feel like she is left out and everyone is going to be punching up and attacking her constantly," he continued, referring to the other candidates featured the first night - June 26 in Miami.

"Or, she could shine and she could really come out - and the media [would] all say Liz Warren obviously cleaned up in that first debate," the "Watters' World" host added. 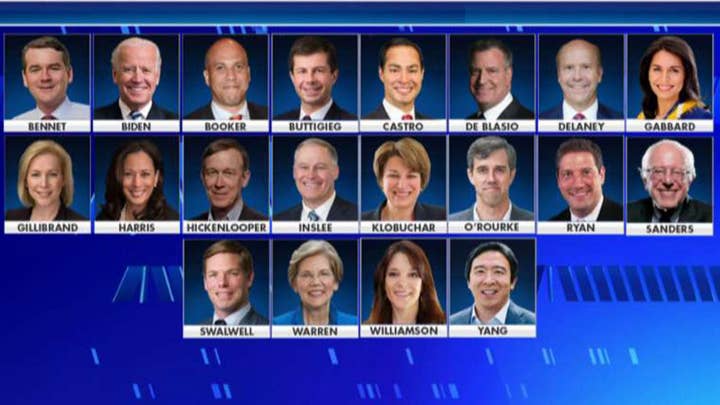 Watters said he predicted the second night's forum to be a "hot debate."

"I don't know how they will put them next to each other. It's going to get ugly. There are not a lot of lower-tier candidates for them to attack. Do you all go after Biden, or do you go after Bernie?" he asked.

The candidates' order was drawn Friday at Rockefeller Center - the New York home of NBC, the DNC's media partner for the event.