“I'm ready to debate President Trump on Zoom or Skype, anytime he wants,” the former vice president said in an prerecorded interview with Florida-based radio host Enrique Santos that was released Thursday on Instagram.

While the all-but-certain Democratic presidential nominee is ready to tangle with the GOP incumbent, he’s far less thrilled about facing off again with Sen. Bernie Sanders of Vermont, Biden’s last remaining rival for his party’s nomination.

Last week Biden said he’d “had enough” of the Democratic presidential primary debates and that it’s time to “get on with this.”

Biden -- asked on a conference call with reporters one week ago if there should be another primary debate in April – said, “My focus is just dealing with this crisis right now. I haven’t thought about any more debates. I think we’ve had enough debates. I think we should get on with this.”

The former vice president’s comments came one day after the Sanders campaign said that if there were to be another debate in April, their candidate “plans to be there.” Sanders – the populist lawmaker from Vermont who’s making his second straight White House run – later reiterated that he was ready to debate again with Biden.

Biden, thanks to sweeping victories in South Carolina in late February and in primaries from coast to coast in March, has built up a 303-delegate lead over Sanders in the all-important race for convention delegates, making him the all-but-certain Democratic nominee. And Biden enjoyed a massive wave of support from former 2020 rivals and leading Democratic members of Congress, governors, unions, and other groups, as much of the party consolidated behind the former vice president’s White House bid.

Last year, the Democratic National Committee announced that 12 primary debates would be held. Eleven rounds have taken place to date, with the final potential debate tentatively scheduled for April.

But with the nomination race all but over – and with most of the upcoming primaries being postponed as many Americans shelter in place in order to prevent the spread of the coronavirus pandemic – the likelihood of a final debate seems remote at best. The DNC has yet to weigh in on whether the debate will take place.

The top outside group backing President Trump’s re-election says it will spend $10 million to target Biden in a broadcast and cable TV, digital and direct mail campaign.

America First Action Super PAC announced on Wednesday that its push will start in mid-April and go through the end of May in the three key Rust Belt states that Trump flipped from blue to red four years ago to win the White House: Michigan, Pennsylvania and Wisconsin.

“This is our first round of spending, with much more to come. By the time November rolls around, voters in battleground states are going to know why Joe Biden is weak, wrong and been around for too long to lead the United States of America,” America First Action PAC president Brian O. Walsh touted.

The move by the pro-Trump PAC comes after the two main pro-Biden super PACs – Unite the Country and Priorities USA – have gone up with a barrage of ads slamming the president over his response to the coronavirus pandemic. Pro-Trump outside groups have yet to respond to those spots with their own commercials.

Priorities USA quickly responded to the announcement by America First Action PAC, saying they would expand their original $6.6 million ad buy, shelling out another $1 million to keep running their TV commercials for an extra week in Michigan, Pennsylvania, and Wisconsin.

Priorities USA chair Guy Cecil spotlighted, “With Donald Trump’s super PAC stepping into this race, we will not let Vice President Biden go undefended. We will do whatever we can to both hold Trump accountable during this time of crisis and help Joe Biden get elected in November.”

Biden and Trump ready to talk?

The former vice president’s offer comes after Kellyanne Conway, counselor to the president, challenged him to “call the White House today and offer some support.” 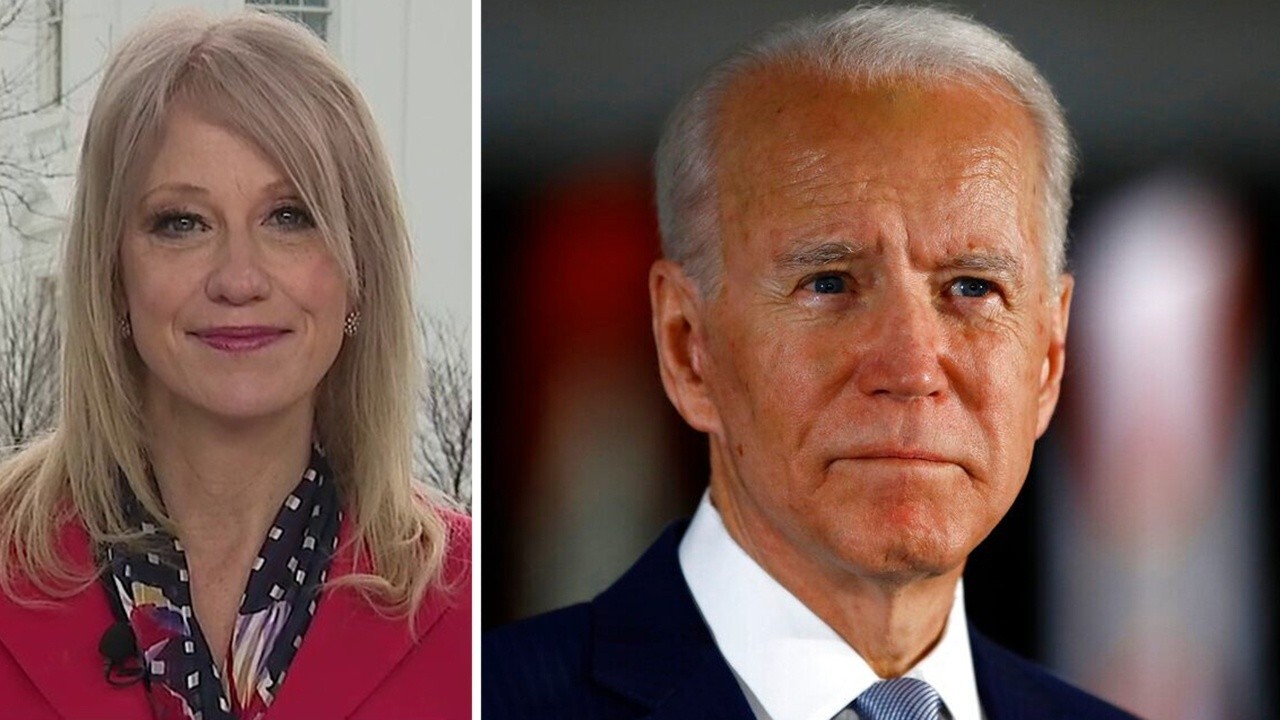 The White House did not immediately respond to Fox News' request for comment on whether the president would be receptive to Biden's offer for a phone call, or when the proposed phone call between the two could take place.

Biden has been offering advice and warnings to Trump about the coronavirus in media interviews and appearances for months. Wednesday, however, is the first time the former vice president is offering to speak with the president directly.

"Vice President Biden has been extending his advice for months, and he did so again on the air last night," Biden's deputy campaign manager Kate Bedingfield told Fox News. "As he has said repeatedly, Donald Trump is not accountable for coronavirus itself — but he is accountable for the federal government's slow and chaotic response to this outbreak."

Standing by their man

A new national poll is the latest to show Biden with the edge over Trump in the all-but-certain November general election showdown.

But in a potentially troubling sign for Biden, the survey also indicates that Trump supporters are much more committed to voting for their candidate than Biden backers.

The former vice president has a 47-43 percent advantage over Trump in a Grinnell College poll released Wednesday and conducted March 27-30.

But looking past the topline numbers, the Grinnell survey indicates that 82 percent of likely voters who said they’ll support Trump say their minds are made up. That number drops to 55 percent for Biden supporters.

Another primary moved back

Fox News’ Patrick Ward reports that West Virginia Gov. Jim Justice announced on Wednesday that his state’s presidential primary will be moved from its originally schedule date of May 12 to June 9.

More than a dozen states have pushed by the dates of their primaries due to the coronavirus pandemic.