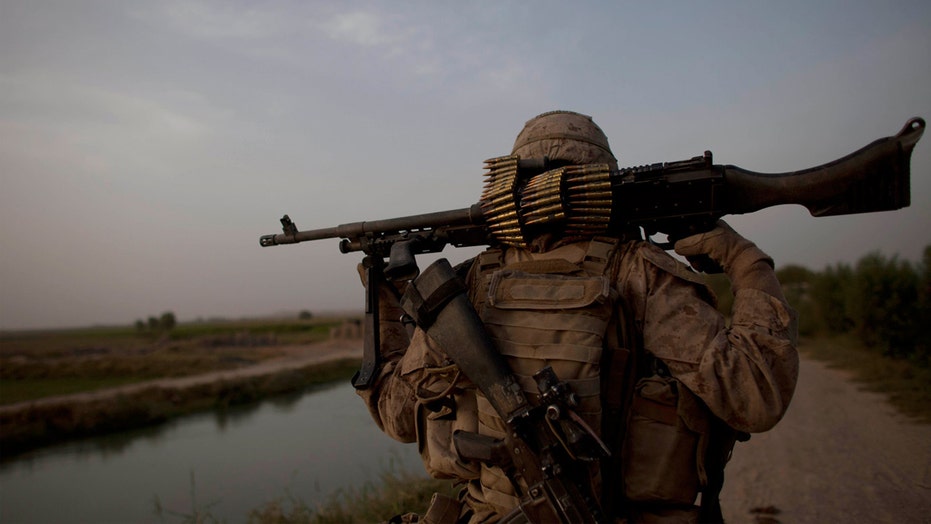 The Defense Department is facing mounting criticism for its handling of child abuse allegations involving Afghan commanders, including revived claims that U.S. soldiers were instructed to look the other way when Afghan troops and officers were sexually abusing boys.

As first reported by Fox News, the Army is under scrutiny for moving to kick out Green Beret Sgt. 1st Class Charles Martland, after he got in trouble for shoving an Afghan police commander accused of raping a boy.

This was followed by The New York Times reporting Monday that American soldiers were told to ignore such sexual abuse, even in cases where Afghan allies were abusing boys on military bases.

The White House said Monday that the U.S. is "deeply concerned" about the safety of Afghan boys, when asked about the claims, but referred questions on DOD policy to the Pentagon.

Pentagon spokesman Capt. Jeff Davis told reporters on Monday that the practices described in the Times article were "abhorrent" and pushed back on the notion that military members were told not to report instances of child rape.

"We have never had a policy in place that directs any military member or any government personnel overseas to ignore human rights abuses," Davis said, noting rape is a violation of Afghan law.

But in a statement to Fox News, a spokesman for U.S. forces in Afghanistan said servicemembers are not required to report child rape, either.

"[T]here would be no express requirement that U.S. military personnel in Afghanistan report it," said Col. Brian Tribus. At the same time, Tribus said the military "expects that any suspicions of sexual abuse are immediately reported up the chain of command."

Accounts from the field and in court documents, though, raise questions about what instructions American troops were really given.

Gregory Buckley Sr., the father of the late Lance Cpl. Gregory Buckley Jr., recalled to the Times how his son told him they could hear boys "screaming" as they were sexually abused by Afghan police officers, but they were "not allowed to do anything about it."

"My son said that his officers told him to look the other way because it's their culture," he told the Times.

His son and other Marines were killed in 2012 by a teenage boy -- one of the alleged victims of a suspected Afghan child molester, police chief Sarwar Jan. In that case, the U.S. military has moved to reprimand American reservist Jason Brezler, who had warned fellow Marines days earlier about the Afghan police chief in an email. Brezler was accused of sending classified information over an unclassified network -- Jan, though, reportedly has since moved up the ranks. (Jan, speaking with the Times, denied he had any relationship with the teenager who killed the Americans, calling the claims "untrue.")

In the case of Martland, while deployed to Kunduz Province, Afghanistan, he and his team leader confronted a local police commander they had trained, armed and paid with U.S. taxpayer dollars after learning an Afghan boy was raped and his mother beaten. When the man laughed off the incident, they physically confronted him.

A "memorandum of reprimand" from October 2011 obtained by Fox News makes clear that Martland was criticized by the brass for his intervention after the alleged rape. Now, the Army is trying to discharge him.

Fox News reported earlier this month that Rep. Duncan Hunter, R-Calif., a member of the House Armed Services Committee, said he's learned that the Army leadership has since pushed a "gag order" prohibiting soldiers from "speaking to anyone regarding the case." Hunter has asked Defense Secretary Ash Carter to "review this matter immediately."

"The hard truth is that there are too many pedophiles to prosecute. We can't just lock up 70 percent of the" Afghan security forces, the U.S. military officer with multiple deployments to Afghanistan told Fox News.