As President Trump and Joe Biden gear up for the first of three presidential debates next week, here's a flashback to memorable moments of the 2016 debates, when Trump sparred with former Secretary of State Hillary Clinton:

In typical Trump fashion, he gave a tongue-in-cheek response to Clinton during the first debate that drew an emphatic crowd reaction.

Clinton said she had "a feeling that by the end of this evening I'm going to be blamed for everything that's ever happened."

Replied Trump: "Why not?"

After the audience erupted with hooting and hollering, Clinton repeated the phrase back to Trump and waved her hand in the air with a show of resignation.

During the first debate, Trump and Clinton got into a heated exchange about the economy and jobs.

"That's only your opinion," Clinton responded.

Trump then cited specific states that he said were experiencing economic ruin, exacerbated by policies initiated by then-President Bill Clinton.

"You go to New England, you go to Ohio, Pennsylvania -- you go anywhere you want, Secretary Clinton, and you will see devastation."

Trump was chastised by CNN moderator Anderson Cooper during the second debate for talking while Clinton was trying to speak.

"Please allow her to respond," Cooper said sternly. "She didn't talk while you talked."

Trump fired back: "Because you have nothing to say."

During the second debate, Clinton was outlining her plan to raise taxes on the wealthy. She said people such as herself -- and Trump -- would have to pay more, "assuming he can't figure out how to get out of it."

Trump shook his head and interrupted her to say, "Such a nasty woman."

During the final debate, with his back still against the wall from the damaging "Access Hollywood" tape, Trump flipped the script and attacked Bill Clinton for infidelity and sexual assault.

Prior to the start of the debate, Trump adviser Steve Bannon convinced the candidate to bring in several high-profile Clinton accusers to put the spotlight back on Democrats.

"If you look at Bill Clinton, far worse. Mine are words, his was action. What he's done to women -- there's never been anybody in the history of politics in this nation, that's been so abusive to women," he said.

Trump then pivoted to a leaked tape of Hillary Clinton laughing about getting a client off during her time as an attorney, for allegedly raping a 12-year-old girl.

"Her client she represented -- got him off, and she's seen laughing on two separate occasions. Laughing at the girl who was raped," Trump said. 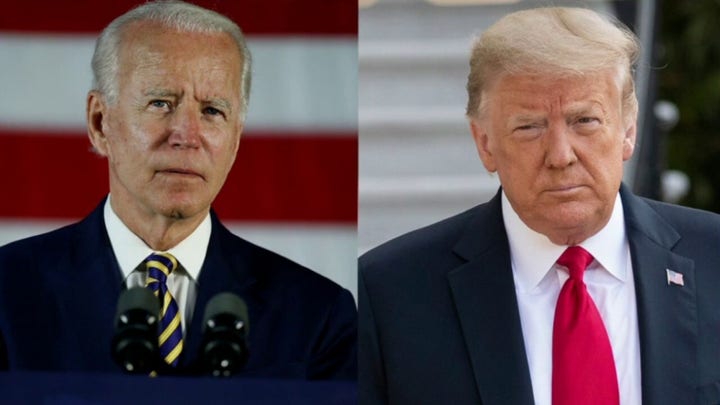 Trump was fighting for his political life at the start of the third debate. The "Access Hollywood" tape had been released, leading many pundits and politicians to think Trump had finally reached "the beginning of the end."

One moment that helped swing the pendulum back in Trump's favor was when he promised to appoint a special prosecutor if elected and lock up Clinton for corruption related to her missing emails while at the State Department.

"It's awfully good that someone with the temperament of Donald Trump is not in charge of the law in our country," Clinton countered.

Trump fired back: "Because you'd be in jail."

The jab was met with cheering and laughter from the audience.

In the final town hall-style debate, Trump and Clinton were asked to say something nice about each another.

An audience member posed the question: "Would either of you name one positive thing that you respect in one another?"

"I respect his children," Clinton said, answering first. "His children are incredibly able and devoted, and I think that says a lot about Donald. I don't agree with nearly anything else he says or does, but I do respect that."

"I will say this about Hillary -- she doesn't quit. She doesn't give up. I respect that. I tell it like it is. She's a fighter," he said.

The first debate between Trump and Biden, moderated by Fox News' Chris Wallace, will take place Tuesday night at Case Western University and the Cleveland Clinic in Cleveland..

The format calls for six 15-minute-long segments – with each segment dedicated to a specific topic. 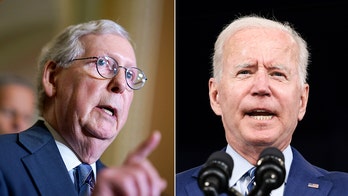 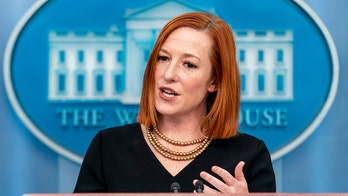